As the Islamic State continues its rampage across Iraq and Syria, and neighboring countries slide toward instability, many are asking:... 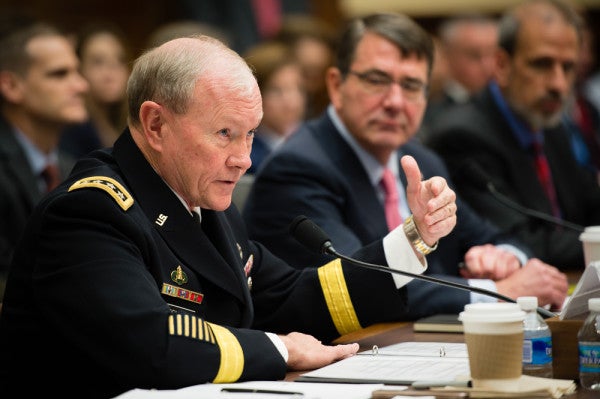 As the Islamic State continues its rampage across Iraq and Syria, and neighboring countries slide toward instability, many are asking: “What is being done about it?”

In an effort to answer this question, Secretary of Defense Ashton Carter and Gen. Martin Dempsey, who is finishing his four-year tour as the chairman of the Joint Chiefs of Staff, will be called before the House Armed Services Committee, and asked to defend the president’s policies in the Middle East.

“When one factors in the turmoil in Yemen and Syria, the uncertainty about the future direction of Turkey, the doubts about us from traditional allies such as Egypt and the Gulf nations, as well as the continuing threats to our ally Israel, the plain hard facts show that the situation in the Middle East has deteriorated substantially in the last six years,” said Rep. Mac Thornberry, the committee chairman. “What's worse, there seems to be nothing coming from the White House to change the trajectory.”