Lt. Gen. Robert Neller has been selected to take over for Gen. Joseph Dunford as the 37th commandant of the... 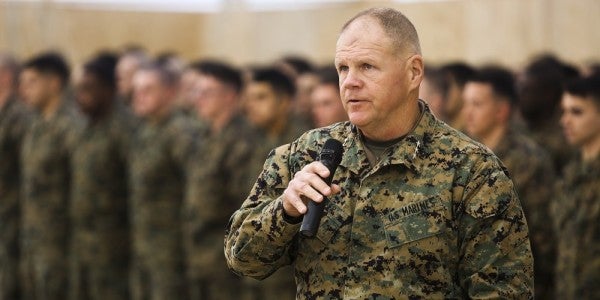 Neller, 62, is a 40-year infantry officer and has served during peacetime and war, with deployments to Somalia, Panama, and Iraq. Pending confirmation by the Senate, Neller is expected to fill the space left vacant due to Dunford’s nomination to succeed Gen. Martin Dempsey as chairman of the Joint Chiefs of Staff.

“Bob is a warrior. He's a leader. He's a statesman,” Carter said, praising Neller’s leadership qualities and his rapport with the Marines under him. “We traveled together in the theater and around this country, where I saw Bob's outstanding relationship with the troops. … He loves them. He relates to them. And they light up when he talks to them.”