The House of Representatives is mulling legislation that would give the secretary of the U.S. Department of Veterans Affairs, currently... 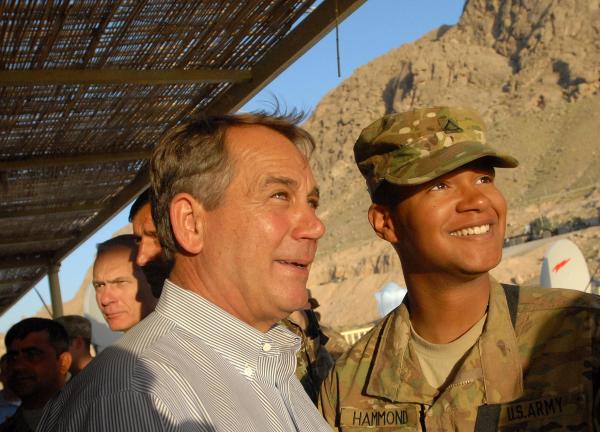 The House of Representatives is mulling legislation that would give the secretary of the U.S. Department of Veterans Affairs, currently headed by retired Army Gen. Eric Shineski, increased authority to fire senior officials at the VA, and the legislation looks like it has a real chance of getting through.

For anyone who claims that the VA scandal is a partisan issue, this should put that to bed. The legislative branch is giving Shinseki a huge out here, granting him the ability to remove anyone in the current ranks, so long as he determines it is warranted based off of the employee’s performance.

The problem, as many apologists for Shinseki have noted, is that in the VA, like in many bureaucracies, it’s extraordinarily difficult to fire bureaucrats.

But Bonosaro cautioned that the proposed changes would lend to a more polarized political system.

“Allowing the Secretary to terminate Senior Executives would place the Executives at the mercy of media and Congressional pressure, rather than providing an honest assessment of performance and accountability,” she said.

Shinseki himself has said that he doesn’t support the changes, saying that the VA has the tools at its disposal to address the issue.

But under the present system, it takes a minimum of three years to terminate an inept leader, and that’s simply not going to cut it. What’s more, it’s rare for Congress to willingly introduce legislation that lends more power to the executive branch — even rarer still for the partisan-gridlocked 113th Congress — and this bill underlies just how important it is for Shineski and the Obama administration to get a handle on this issue.

This nation’s veterans need the political leaders to combat the issues plaguing the VA with everything they can, to come together in a way that this country has not seen in the past several years. This legislation is an enormous step in that direction and offers the very sort of structural reforms within the VA that many have been calling for.