The Air Force veteran who became the object of national ire after hoarding more than 17,000 bottles of hand sanitizer amid growing panic over the coronavirus pandemic is now under investigation for price gouging 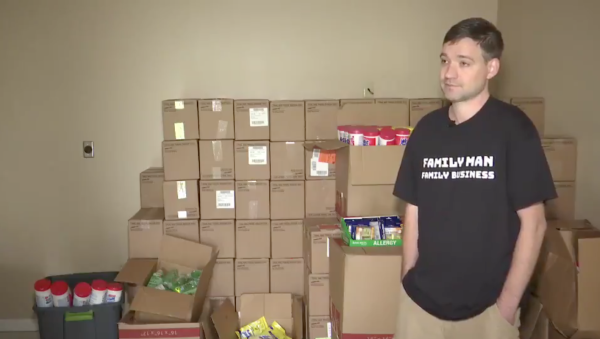 The Air Force veteran who became the object of national ire after hoarding more than 17,000 bottles of hand sanitizer amid growing panic over the coronavirus pandemic is now under investigation for price gouging.

In a viral article in the New York Times published on Saturday, 36-year-old former Air Force technical sergeant Matt Colvin described how he and his brother stockpiled masks, hand sanitizer, and 'pandemic packs' at their Tennessee home and resold them for exorbitant prices online

In the end, Colvin had ended up assembling a cache of roughly 17,700 bottled of hand sanitizer with no clue where to offload the stuff after online sellers like Ebay and Amazon began cracking down on coronavirus-related price gouging.

“If I can make a slight profit, that’s fine,” Colvin told the New York Times. “But I’m not looking to be in a situation where I make the front page of the news for being that guy who hoarded 20,000 bottles of sanitizer that I’m selling for 20 times what they cost me.”

This is exactly what happened.

Unfortunately, the Tennessee Price-Gouging Act of 2002 prohibits people from charging “unreasonable prices for essential goods and services, including gasoline, in direct response to a disaster,” and the state attorney general immediately launched an investigation into Colvin on Saturday

“We will not tolerate price gouging in this time of exceptional need, and we will take aggressive action to stop it,” Attorney General Herbert H. Slatery III said in a statement.

The Tennessee attorney general announced its investigation into Colvin on the same Saturday as the New York Times article. By the next day, Colvin had donated two thirds of his stockpile to a local church. The other third was seized by the AG's office:

HAPPENING NOW: Matt did not answer our calls so we went to his storage unit. The AG’s office was on the scene facilitating with the donation. This is the 3rd stop they’ve been to this morning to gather the sanitizer. @WRCB https://t.co/SLOaEwJLOj pic.twitter.com/REJPNhiSbS

“It was never my intention to keep necessary medical supplies out of the hands of people who needed them,” he told the New York Times. “That’s not who I am as a person. And all I’ve been told for the last 48 hours is how much of that person I am.”