The 2014 Midterms are weeks away, with hundreds of candidates campaigning hard for a chance to join the halls of... 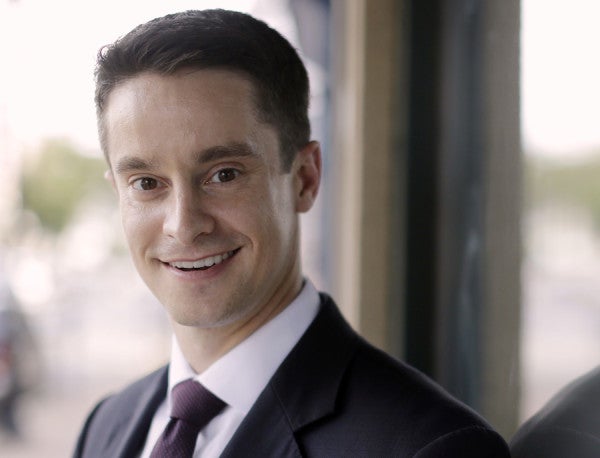 The 2014 Midterms are weeks away, with hundreds of candidates campaigning hard for a chance to join the halls of Congress, including a few post-9/11 veterans.

Kevin Strouse is currently running for Pennsylvania’s 8th congressional district as a Democrat. He grew up in southeast Pennsylvania and attended Columbia University in New York. Upon graduation in 2001, he served three years in the Army as a Ranger, deploying to Afghanistan and Iraq.

Upon leaving the Army, Strouse joined the Central Intelligence Agency as a counterterrorism analyst, ultimately spending over eight years with the agency. He used the G.I. Bill to secure his master’s in security studies from Georgetown University.

He is running against the Republican incumbent Mike Fitzpatrick, who is leading in the polls in the predominantly Republican district. Fitzpatrick had lost his seat to Iraq veteran Democrat Patrick Murphy in 2006 during a broad Democratic sweep, but reclaimed it in 2010.

Task & Purpose spoke with Strouse to discuss his background, his run for Congress, and why Washington needs more post-9/11 veterans.

You graduated from Columbia with a degree in literature, then enlisted in the Army and went to the Rangers. Was enlisting a spur of the moment decision, or something you had planned?

I think I actually enlisted in February. I had four months to think about it. So it was not spur of the moment. I think ultimately before I got to senior year, I wanted to give back. My family and I had a good life in this country. My family has a history of military service, and I think that was part of what was encouraging me. That’s what made the decision.

Did you agree in principle with the Afghan and Iraq wars? Did you feel what your unit was doing served a higher strategy?

I think in Afghanistan that the answer was absolutely yes. American foreign policy is by no means perfect, but nothing justifies the attack we saw on 9/11, and the only way I think to defeat al-Qaeda and the Taliban was military action. The Iraq War, I’ve been pretty honest about that. When I was a 22-year-old specialist with the 2nd Rangers out of Fort Lewis, I thought we were doing the right thing. Saddam Hussein was supporting terrorism and had weapons of mass destruction, especially biological weapons, which could cause a pandemic, so I thought we were doing the right thing. In retrospect, I don’t see how you can look at what happened but as an unmitigated disaster, especially in light of what we’re saying right now with ISIS and the military gains it has made in Iraq and Syria, a bunch of which was precipitated by the U.S. invasion of Iraq. We thought we were going to fight a war on the cheap, we thought we would be in and out in six months, and we removed the leadership, we stupidly disbanded the Iraqi army, rooted out every bureaucrat that knew how the government worked. The strategy was fundamentally flawed from the beginning, and I think the more we learned about it, we realized what a mistake it was.

After you left the Army, you spent eight years with the CIA, six of them as a counterrorism analyst. What do you think of the current strategy against the Islamic State? Does it have any chance of succeeding?

I think there is not any good options available to us concerning the Islamic State, and we need to understand that up front. I do want to divide the issue into two parts — Iraq and Syria — so let me start with Iraq. I think given what he was handed, President Obama has done about as well as can be expected. On us leaving, the Iraqis wanted us to leave as well. To stay after they made it clear they wanted us out, I don’t think that would have created the conditions for a successful country, if we were trying to support the Iraqi government and its efforts to assert control over the country. Now, it turns out that Maliki was an awful prime minister, he completely alienated the Sunnis, his counterterrorism laws threw young Sunni men in prison. He set up a situation where the nationalist insurgency has aligned themselves with ISIS, and that has what has facilitated much of the military gains they have made. I certainly don’t like the idea of re-engaging in military conflict anywhere in the Middle East, but I understand much of it was necessary to get us out of the initial military crisis.

When you look at Syria, it is just that more difficult given the course the administration has chosen to pursue. If we were going to do this, it should have been done two years ago. At this point the situation has become so chaotic that I don’t see how arming and training the Syrians is going to solve the problem. In fact, it could make it worse, because a lot of these folks are going to have alliances with al-Qaeda or Hezbollah or the Syrian regime.

When it comes to the vote this week, I would have said a qualified yes, because of the lack of other options. But I think it is a mistake to expect to think we are going to train an army in 90 days, that they will be well trained enough to make a strategic impact on the fight in Syria, and that they will remain loyal to us. It takes a minimum of a year to train someone to be a good soldier.

What do you think of Bob McDonald? Is Congress doing enough to help him make the sweeping changes the VA so clearly needs?

No, the $17 billion package that was passed a couple weeks ago is a band-aid. Fundamentally, the VA needs significant reforms. It’s a problem Congress likes to ignore until it can’t because there is a crisis or a scandal. The VA didn’t have the resources it needed, especially in the number of health care professionals needed to provide adequate services. This doesn’t even the cover the backlog for veteran’s claims. Congress did not provide the resources needed, and the government shutdown also exacerbated that issue as well. I think fundamentally, if you really want the VA to work better for everybody, it is incentivized to treat outcomes rather than services. It’s more resources intensive out front, but in the end you will have healthier people. In addition to providing the doctors and nurses needed, you need to retool incentives, because right now it is about seeing a certain number of patients and to reduce the backlog of appointments. The conditions where doctors are only able to spend a couple minutes per patient, you can’t provide adequate health care like that.

Your opponent Mike Fitzpatrick is widely considered favored. If the election doesn’t go your way, do you have any back-up plans for afterwards?

Right now no, I’m looking past November. I don’t have the brain space in my life to figure that out. It’s like the military. You have to boil things down to your key tasks and stay focused on what your doing.

How do you compare yourself to Pat Murphy, who defeated Fitzpatrick in 2006 then lost the seat back to him in 2010.

He’s a friend of mine, but I’m trying to be Kevin Strouse. I would say he was an effective congressman, with a focus on getting things done. He took the lead on repealing Don’t Ask Don’t Tell, which I felt was a very memorable achievement, and well overdue. Good riddance to that law. There are certainly things that reflect his effectiveness in Congress, but I understand I have to do things my own way.

Is there anything else you would like to talk about?

What I think makes a veteran a good fit for the legislature. In the military, you work with people who are rich or poor, Christian, Muslim or Jewish, who barely graduated from high school or have masters’ degrees. It was always about getting the job done, and there might be arguing, there was always arguing, but you met deadlines and you stayed focused on the job and got it done because you knew failure was not an option, and that it could cost lives. It’s something I think I could bring when I get down there.