The youngest son of fallen Navy SEAL Cmdr. Brian Bourgeois was in the middle of the Navy Football team's celebration on Saturday. 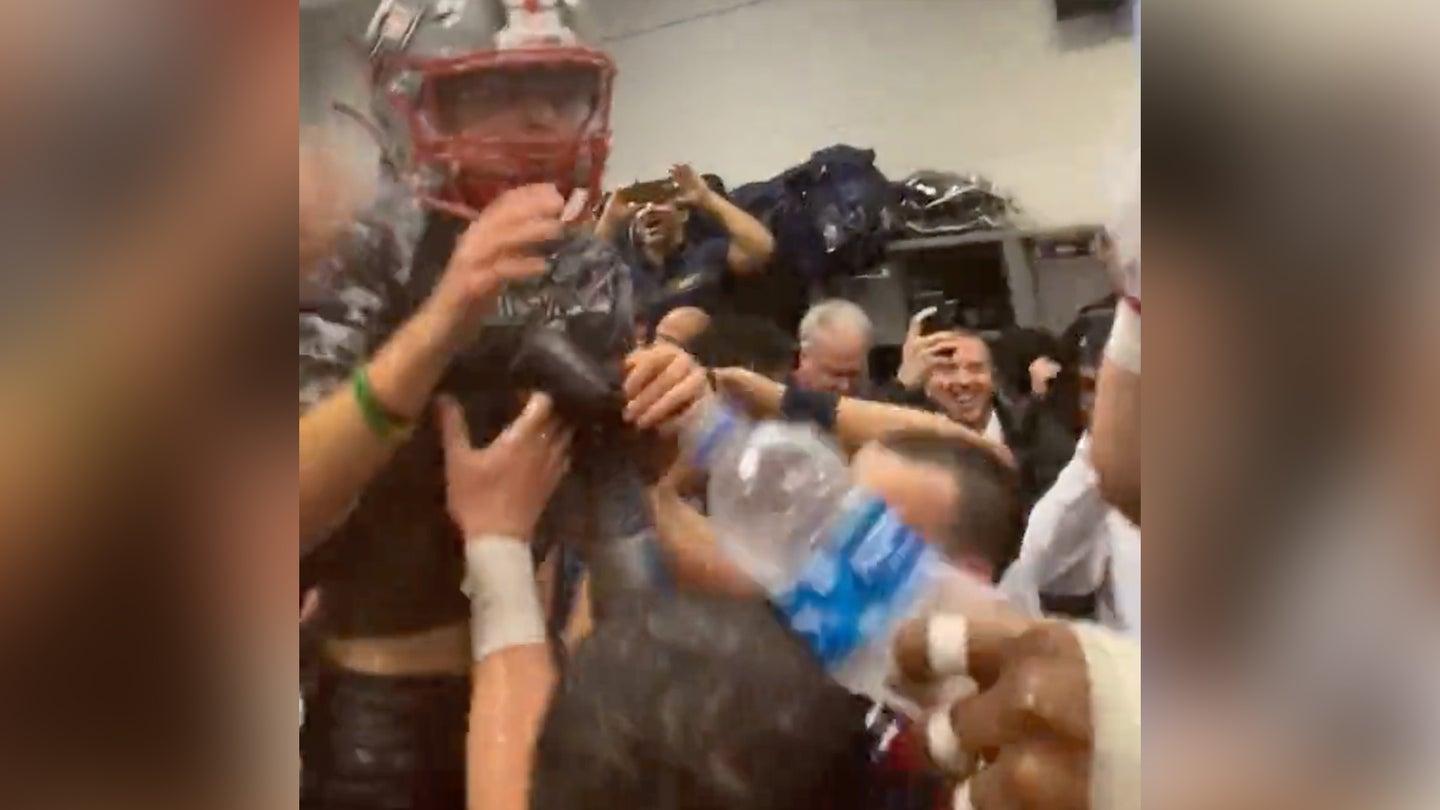 As U.S. Navy Academy midshipmen celebrated a win against the U.S. Military Academy at West Point, they were joined by a special guest: the son of fallen Navy SEAL Cmdr. Brian Bourgeois.

Bourgeois, the 43-year-old commander of SEAL Team 8 who died following a training accident last week, left behind his wife and five children. The Bourgeois family was honored at the annual Army-Navy football game over the weekend, and in a moment that was both heartfelt and heart-rending, the Navy players tossed Bourgeois’ youngest son in the air, clad in one of their helmets, as they celebrated their win.

While the training incident that led to Bourgeois’ death is still being investigated, initial indications last week were that Bourgeois was injured during a fast-rope training evolution on Dec. 4 in Virginia Beach, Virginia. He was taken to a hospital in Norfolk, where he died on Dec. 7.

Bourgeois graduated from the U.S. Naval Academy in May 2001 and completed Naval Basic Special Warfare Training in April 2005. He played on the Navy Football team all four years while at the academy, and earned three varsity letters. His military awards and decorations include a Bronze Star with “V” device for valor, Combat Action Ribbon, two Defense Meritorious Service Medals, a Joint Service Commendation Medal, and two Navy and Marine Corps Commendation Medals.

Bourgeois is leaving behind his wife of 20 years, as well as five children ages six to 18 years old, according to a fundraiser by the All In All The Time Foundation, which says it provides financial assistance to Naval Special Warfare families.

In honor of Bourgeois, a #13 home jersey with two SEAL Team 8 patches and a Navy Football helmet sat on the Navy sideline during Saturday’s game. The Navy football team also ran out on the field with a SEAL Team 8 flag, in addition to the American, Navy and Marine Corps flags, and two football players — senior wide receiver Michael Salisbury and sophomore wide receiver Jayden Umbarger — had SEAL Team 8 patches on their uniforms. According to a release from the academy, the two patches were given to the wide receivers coach earlier this year by Bourgeois.

Capt. Donald Wetherbee, commodore of Naval Special Warfare Group 2, said in a press release last week that Bourgeois was “as tough as they come, an outstanding leader, a committed father, husband and friend.”

Justin Jordan, a fellow Naval Academy graduate who played football with Bourgeois and joined the Marine Corps after graduation, told a local news outlet that Bourgeois was “one of the greatest human beings you have ever met in your life.”

“He had a way of lighting up a room,” Jordan said. “He just had this … infectious personality that everybody wanted to gravitate to and he has a way of putting you at ease in the most difficult situations.”