Bin Laden? No biggie. Syrian airfields? Please. Vaping? Sailor, take warning. On the heels of the Navy’s blanket ban on... 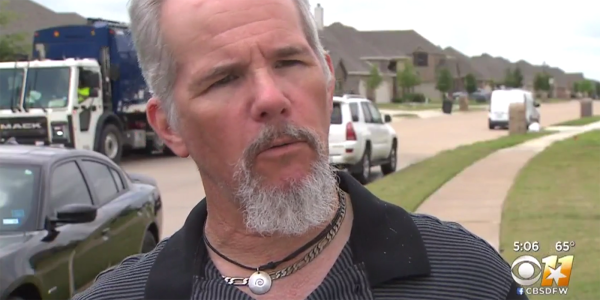 On the heels of the Navy’s blanket ban on vaping while shipboard, a Dallas-based nine-year Navy veteran is suing the makers of an e-cigarette that he says blasted a hole in his leg, a grievous and graphic injury for which there are no medals or parades. Yes, we have pictures. No, they’re not pleasant!

Related: Navy Bans E-Cigarettes As Dreams Of Vaping At Sea Go Up In Smoke »

“I had to go to the store, I ran upstairs to go get a couple of things, I stepped into the bathroom and it blew up,” Matthew Bonestele said.

Bonestele said the spare e-cigarette battery he had in his pocket began shooting fire into his thigh.

“I felt pain and I felt the flames,” he said. “I smelled the smoke and I smelled the burning. So I spent about the next 20 seconds ripping off my pants and patting down my legs to put the flames out.”

“Mr. Bonestele suffered an injury that he could never have imagined in civilian life,” his attorney said in a statement. “The reality is that these batteries are small sticks of dynamite and the e-cigarette industry needs to make wholesale changes to ensure the safety of all those who use these batteries.”

Curious what an e-cig explosion in your pants looks like? Not anymore, you aren’t:

Bonestele, 56, needed a walker to leave the hospital and misses participating in kid’s charity events with his motorcycle club while he recovers.

“I can’t get out and do a lot of stuff with the kids because where the where the injury is is right about the height of a 4-year-old. Boom! Right there. So it’s a little bit painful,” he told CBS-DFW. “I’ve had to pull myself back from doing a lot of that stuff. Also it’s harder to ride when you have a burned leg.”

Fair winds and following seas to Bonestele as his recovery continues. All of a sudden, a log of Copenhagen seems like the lesser of evils.