What It Takes To Run The Military, And Why Mattis Is Perfect

Former Secretary of Defense, CIA director, and lifelong statesman Leon Panetta has just one piece of advice for legendary Marine... 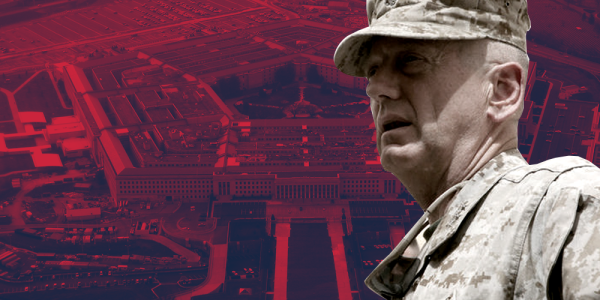 Former Secretary of Defense, CIA director, and lifelong statesman Leon Panetta has just one piece of advice for legendary Marine Corps Gen. James Mattis on the eve of his confirmation to the post of Defense secretary: “Keep doing what you’ve always done, which is to talk straight, to be truthful to the leadership, and make the best recommendations possible that will protect this country.”

In an interview with Task & Purpose, Panetta, whose career in public service spans five decades starting with a stint in the Army, said that Mattis is the right person to claim his old post in President-elect Donald Trump’s cabinet.

“We’re dealing with more flashpoints in the world than we ever have since probably the end of World War II,” he said. “I think the biggest challenge is going to be how to make sure we have capability and resources to be able to address all potential threats.”

And he believes Mattis, despite only retiring from the Marine Corps in 2013 and requiring a Congressional waiver to serve in the post, is more than up for the task. He spoke very highly of the legendary Marine, whom he worked with while he was Defense secretary and Mattis led U.S. Central Command.

But there’s one thing Panetta said wishes he knew before he held the job of Defense secretary — just how big the job was.

“Going from the CIA to the Pentagon was like going from the corner hardware store to Home Depot,” he said. “It’s a big operation, and you’re working in the largest office building on the face of the earth.”

Though Panetta left the post in 2013, he maintains that much of what he learned over the course of his tenure still holds true of the Defense Department and the employees who serve it. Since leaving, he is glad to be rid of the D.C. politics, but does miss the people.

“I miss the challenge of working on issues related to defending our country,” he said. “I really was very honored to serve in that job because of the great men and women in uniform and civilians there who really do dedicate their lives to this country. There wasn’t a day that I spent as Secretary that I was not proud of them and what they do.”

Panetta said that he is hopeful that Mattis and those 3 million people who work for the Defense Department will continue to steer the ship and protect the country. But it won’t be easy.

Mattis’ greatest strength throughout his career has been his lack of interest in politics, but it could also be his greatest challenge as Secretary of defense in a department that is inherently political.

“He doesn’t play politics,” Panetta said. “He’s somebody that’s built to defend the country. My biggest piece of advice to anyone in this role is ‘do not get partisan.’”