The Navy football team will be wearing some unexpected attire during their Dec. 12 game against the Army in Philadelphia.... 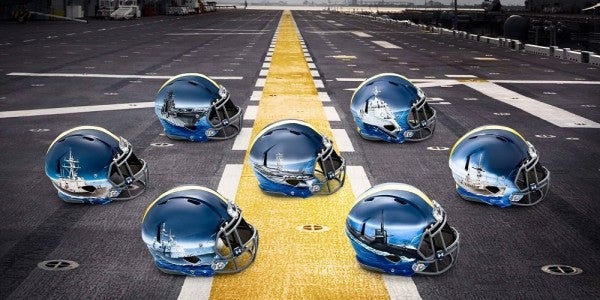 The Navy football team will be wearing some unexpected attire during their Dec. 12 game against the Army in Philadelphia. As the two rivals take to the field, the Midshipmen will be wearing helmets inspired by historic naval vessels, with each position receiving its own ship.

Linebackers will have cruisers emblazoned on their helmets while defensive backs and wide receivers will have destroyers and submarines, respectively. Finally, the Navy’s quarterback, Keenan Reynolds, will have a carrier on his, which is fitting since the ship is the decisive quick-strike weapon of the Navy.