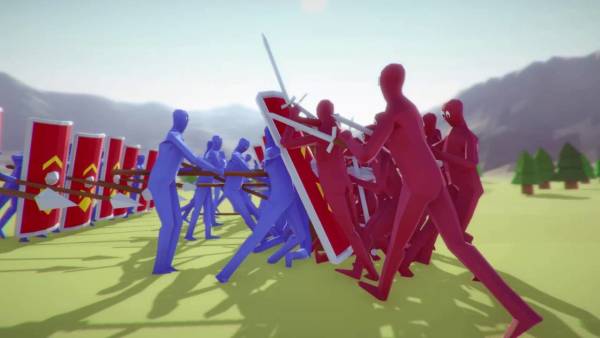 The design of the game looks like it got caught between the second and third dimension, with the graphics lacking any real depth. But the simplicity of it is what makes it so funny. The music is epic, the weapons are archaic, and the characters are floppy and mindless. Overall, each of these factors add up to a hysterical, nonsensical battle scene.

Though there isn’t much information about how to play the game, it appears that a winner is declared after two armies charge each other, and only one “soldier” is left standing.

It’s still in the testing phase, so if you’re interested in trying out the game, you can sign up here. Landfall Games will be selecting testers at random.