The US Strategy To Arm Syrian Fighters Is Failing 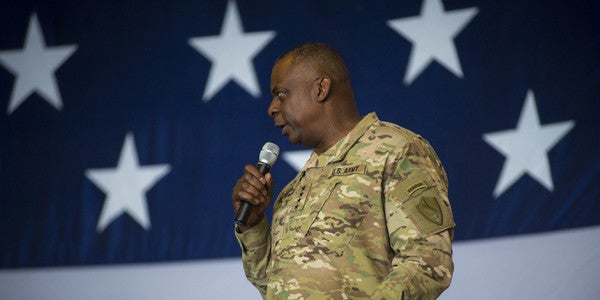 While testifying before the Senate Armed Services Committee on Sept. 16, Army Gen. Lloyd Austin, commander of U.S. Central Command, revealed that the Pentagon’s plan to recruit and train moderate Syrian rebels to combat the Islamic State is going poorly. Currently, there are only “four or five” U.S.-trained Syrian fighters currently in the fight against the Islamic State — the intention was to have 5,400 by now — with the first class of fighters having fled once their training was complete.

This new information comes as the Pentagon inspector general is conducting an investigation amid concerns that the analysts with CENTCOM may have been pressured to alter reports in order to present the operation in a more positive light.

Yet Austin’s tone was surprisingly optimistic.

“Despite some slow movement at the tactical level, we continue to make progress across the battlespace in support of the broader U.S. government strategy to degrade and ultimately defeat ISIL,” he said.

Though the hearing featured an abundance of criticism, there were few suggestions from senators and military officials alike on how to more effectively combat and ultimately defeat the Islamic State.