The US Military Has No Gender Pay Gap

Defense Secretary Ash Carter’s Dec. 3 decision to open all combat positions for women has spurred a conversation about gender... 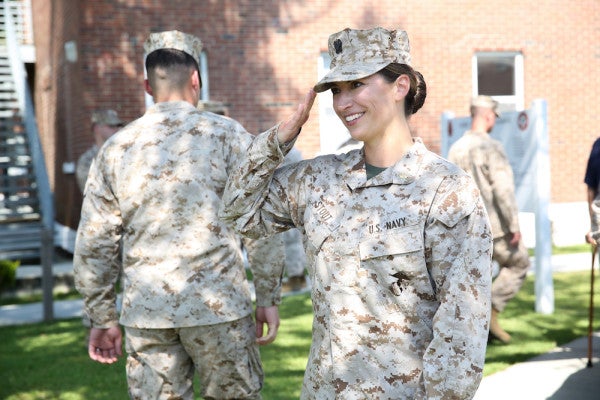 Defense Secretary Ash Carter’s Dec. 3 decision to open all combat positions for women has spurred a conversation about gender inequality in the military, reported Quartz. However, pay is not among them. Women in the military are not victims of the gender pay gap.

The structure of the military forbids income inequality based on gender.

Unlike private companies, where salaries are negotiable and undisclosed, the military has set pay grades that are a matter of public record.

Additionally, the reasons for which women are often slighted on income outside the military are not applicable when determining salary grades — like paid time off for maternity. In the military, there is no flexibility, and women — like their male counterparts — spend just as much time deployed and away from their families.

Still, there are a number of issues within the military such as sexual harassment and promotion rates.

Currently, women in the military are not promoted at the same rate as men.

According to a RAND study, roughly 45% of white men become majors in their careers, but only about 31% of white women do.

That same study also found that women are more likely to leave the military, perhaps in part due to the inflexibility.

The Defense Department hopes that opening all combat jobs up to women and creating more flexibility will, in addition to pay equality, encourage more women to seek full-length military careers.