‘It’s A Lottery Out There’: T&P Grills The Experts On War Reporting 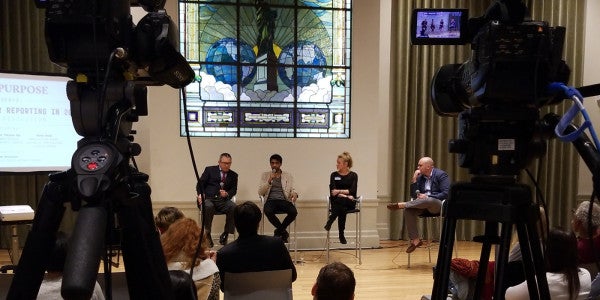 “You need about a hundred different lenses to begin to understand conflict,” says New York Times reporter, veteran war correspondent, and former Marine C.J. Chivers. “When people tell me they read one particular writer or one particular publication, I think in my head, 'Well, you’re kind of fucked.' It’s not enough. Get out of your box.”

On May 22, Task & Purpose gathered three accomplished war correspondents with diverse backgrounds at Columbia University's Graduate School of Journalism to talk about the state of war reporting, 16 years into the “long war.” They included:

Between them, they've covered conflicts in at least 20 countries over the past decade and a half.

From gearing up and assessing risks to fighting dubious sources and doubtful editors, T&P; moderated a lively conversation on downrange reporting that's sure to resonate with veterans and journalists alike. Watch the full panel discussion above, as well as some shorter highlights as they become available below.