This year may be banner year for women in the military. Women have now graduated from the Army’s famed Ranger... 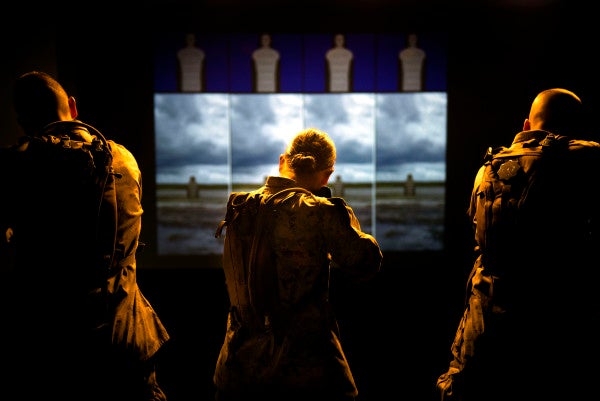 This year may be banner year for women in the military. Women have now graduated from the Army’s famed Ranger School and the Navy has signaled that it will open the SEALs to women beginning Jan. 1, 2016. With the possible exception of the Marines, the services seem inclined to open all formerly excluded combat positions to women. Additionally, Secretary of the Air Force Deborah James released a comprehensive plan in March to improve recruiting and retention for women in the Air Force, and Secretary of the Navy Ray Mabus released a similar plan in May. But despite all of this progress, there are worrying signs — including online harassment and the continuing drumbeat of military sexual assault — that women still aren’t considered full-fledged members of the profession of arms. A large part of the problem is that the services’ senior leaders still haven’t made a strong enough case for the value of women to the military.

This is a problem because, despite the lavish and generally positive media coverage of the Ranger School assessment, there are still plenty of people specificallyopposed to integrating women into combat arms branches and skeptical about women’s roles in the military generally. The Marines, for instance, have just spent $36 million on field trials that were critiqued from their inception as designed to build sufficient evidence to keep women out of the infantry. These quietly simmering internal arguments are poised to boil over publicly; Secretary Mabus has already criticized the study’s findings, and Gen. Joseph Dunford is in the strange position of developing the Marine Corps’ position as Commandant that he will then evaluate as Joint Chiefs chairman. Opponents have and will argue that the whole thing is either a social experiment or a liberal gimmick, or both. Nasty social media commentaries about women graduating from Ranger School demonstrate the existence and depth of this entrenched resistance to integration.

Yet the services’ senior leaders too often assert the value of diversity than argue for it, and when they do argue for it, they rely on moral arguments supported by social or individual outcomes rather than business-case arguments based on measurable improvements to national security. The bland bureau speak of policy memoranda and congressional testimony is full of fuzzy rationales that includes nebulous goods like “cultural competence” and “diversity of thought.” The Military Leadership Development Council found that those kinds of aspirational generalities are mostly hogwash. Most rank-and-file members probably either don’t care or don’t believe it either. This is damaging, especially because there is actually a large and growing body of evidence that suggests that women have positive and measurable impacts on organizations at a variety of levels and in a variety of ways.

To properly manage the integration of combat trades, the services must change the way they define and discuss the benefits of diversity. Both the Navy and the Air Force have already begun to emphasize talent management as a primary motivator. This “demographic” business case argument presumes that denying women opportunities essentially starves the military of an important pool of talent. Statistically, this makes sense. Women have been outperforming men in both high school and college for a while now, and other trends in family and work life have led at least one author to declare an imminent “end of men.” To see how that might apply to the military, consider recent scholarship describing a gradual decline of intelligence in the officer corps over time and the fact that women are slightly overrepresented in the pool of eligible officers because their educational advantages dramatically overpower their lower physical fitness. It is certainly plausible that efforts to improve recruitment and retention among women would lead to more intelligent and capable military leaders.

But while talent management is a decent justification for recruiting more women, it is still problematic. Women are still drastically underrepresented in the technical degrees the military craves, and it doesn’t necessarily follow that increasing the recruiting pool will lead to improvements in accessions. A better business case would be made on “superior outcomes,” where women’s benefits to organizations in general and to the military specifically can be seen and measured.

A large and increasingly convincing amount of social science research shows strong organizational benefits to including more women. Companies with more women on their boards have long been known to perform better financially, and these benefits continue to show up in repeat studies. Having women in top management positions appears to positively affect the success of various types of start-up companies. In firms focused on innovation, women improve managerial performance through enhanced social ties and through improved information sharing. Moreover, women are generally more competent — though men are consistently more confident in their own abilities. In today’s strategic climate, where we are focused on using innovation to stay ahead of global rivals while simultaneously navigating a budget crunch, the services should be leaping to exploit these potential qualitative benefits.

But if corporate evidence seems irrelevant to the military, consider the fact that women improve small teams. A group’s collective intelligence has little to do with its individual members’ intelligence. But groups that include women actually become smarter. Adding women helps team performance more than group cohesion, more than group motivation, and more than group satisfaction. The key skill that women as a group bring to teams is increased social sensitivity, which is simply a more refined awareness of and response to their teammates’ thinking. Since small-team performance is the cornerstone of American military excellence, we should be falling over ourselves to find out how to make that dynamic work for us. At a minimum, researching the effect of women on military teams might counterbalance fears that women will destroy the indescribable alchemy of the infantry unit.

Of course, none of this would really be relevant if women’s actual performance in combat hadn’t made a statement of its own. Despite being officially banned from frontline combat units, 800 women were injured in combat and 130 women killed in action in the wars in Iraq and Afghanistan. Several have won medals with valor for combat action, including two Silver Stars. They even appear to make better attack helicopter pilots. In some cases, such as the female cultural support teams documented in Gayle Tzemach Lemmon’s book “Ashley’s War,” women provided specific warfighting capabilities that were lacking in male-only teams. And, as the Army has recently enshrined engagement as a warfighting function, reflecting its importance in counterinsurgency operations, the role of servicewomen seems more relevant than ever across the spectrum of conflict. In fact, U.S. Special Operations Command seems to be on the leading edge of integration, as a recent New York Times expose on SEAL Team 6 revealed, women have been involved in clandestine operations for years.

Regardless of whatever specific decisions are made in the coming months about women in the infantry, the services should focus on successfully integrating women into whatever positions will open. But that integration plan must include developing and voicing better arguments in support of gender diversity, and in particular on building arguments that are supported with observable and measurable data. If they want women to be accepted — not just accepted into the combat arms, but better accepted into the profession of arms — they need to be more convincing that women in service tangibly improve national security. Vitally, generating convincing arguments will mean actually finding evidence, which means funding and promoting studies and research. Research costs money and sometimes fails to produce the wished-for results, but it can tip the balance when policy debates get contentious. If the Marine Corps asks to keep its infantry segregated when those requests are submitted in October, it now has a defensible rationale for doing so. It may not get what it wants, but developing a business case for combat exclusion allows the Corps to make the argument. The other services should be paying attention.