What Kind Of Legion Does The Country Need For This Kind of War?

Secretary of Defense Mattis has proposed that military leaders dive into T.R. Fehrenbach’s This Kind of War to understand the “primitive, … Continued 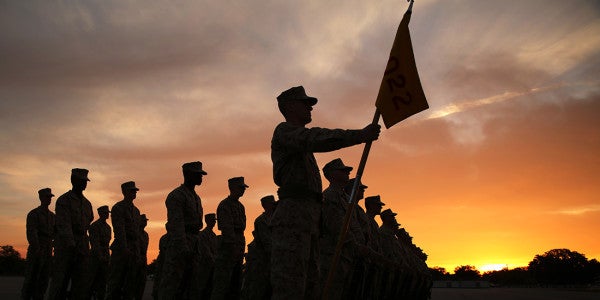 Secretary of Defense Mattis has proposed that military leaders dive into T.R. Fehrenbach’s This Kind of War to understand the “primitive, atavistic, and unrelenting nature” of war. Written by a former Army lieutenant colonel and endorsed by leaders such as Senator McCain, the book is popular with military members in the Pacific. The most famous quote from the book is the call for boots on the ground to defend America and its democratic allies:

Fehrenbach raises his most important questions, though, about the personnel who might fight in that mud. He frequently stresses the need for American “legions” to hold a frontline against barbarism, legions who “were neither moral or immoral morality depended upon the use to which their government put them.” Fehrenbach explicitly calls out the Marine Corps for this purpose. He describes these warriors as:

The man who will go where his colors go, without asking …who will suffer and die in the midst of incredible hardship, without complaint…As a legionary, he held the gates of civilization for the classical world…he has been called United States Marine.

Upon reading this quotation, most Marines cheer. But the next sentence is more important: “His task is moral or immoral according to the orders that send him forth.” On multiple occasions, Fehrenbach claims morality plays a small role in America’s future wars of world-policing. He holds strongly to a belief in unwavering, unquestioning warriors able to enforce Washington’s world view upon receipt of its orders. Contrasting America’s legions — the Marine Corps — to the other services, he writes:

Marine leaders had never lost sight of their primary — their only — mission, which was to fight. The Marine Corps was not made pleasant for men who served in it. It remained the same hard, dirty, brutal way of life it had always been.

Marines take pride in the belief that the Corps exists solely to fight and win the nation’s wars. The creed is familiar: every Marine is a rifleman. But what about when rifle fire and obedience are insufficient? What happens when America doesn’t need more legions in the mud?

Changes to the world we live in and the future enemies the Marine Corps may face have caused even Secretary Mattis to question his views on the unchanging nature of war. In a world soon to be proliferated with big data, cyber warfare, artificial intelligence, 3D printing, virtual reality, and unmanned weapons platforms, what role will legions play? Where will America find the unquestioning, amoral, young men and women required to fight in the mud? With a recognition that new talents and abilities are required to win these wars — especially unpredictable wars with unpredictable technologies — America and its Marine Corps will need fewer fighters on the line, more scientists in the rear, and an emphasis on morality for both.

As the institution requires more young Marines with greater technical abilities, finding enough computer scientists with the endurance to stand under fire on the far frontier may be a challenge. However, a more dangerous thought for self-reflection is to consider the reverse: if the Marine Corps does not need smarter, more technologically-savvy Marines, does it simply need more men and women willing to salute, march forward, and fight in the mud? The book contains great insights into a lack of preparation, communications difficulties, questionable mission objectives, and the eternal fog of war, but Fehrenbach’s views on the personnel fighting these wars is wrong. For an institution that cherishes its people more than any tool or capability, the book’s most important points are not about the wars of the future, but the warriors of the future.