Conditions-Based Campaigns: I’ve Seen This Movie Before, And It Doesn’t End

The United States government has used the same script for the past 50 years to answer pesky questions about war, … Continued 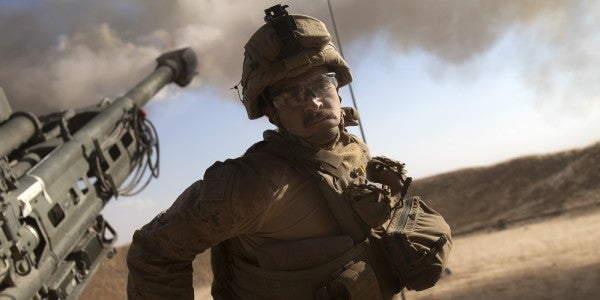 The United States government has used the same script for the past 50 years to answer pesky questions about war, such as how long conflicts will last.

On June 5, the top spokesman for the U.S.-led war on ISIS said there is no timeline for withdrawing U.S. troops from Syria.

“This is a conditions-based campaign right here, and the condition is, as very clearly stated, the annihilation of ISIS,” Army Col. Thomas Veale told reporters during a Pentagon news conference.

If that sounds familiar, it should: This is the boilerplate answer that U.S. government officials have used for decades to avoid saying when wars will end. During the previous decade, your friendly Pentagon scribe wrote numerous stories that quoted U.S. officials, who said “conditions on the ground” would dictate how long U.S. troops would stay in Iraq. It was the mantra of choice for the George W. Bush administration.

“As the Iraqi forces gain experience and the political process advances, we will be able to decrease our troop levels in Iraq without losing our capability to defeat the terrorists,” President Bush said in a Nov. 30, 2005 speech. “These decisions about troop levels will be driven by the conditions on the ground in Iraq and the good judgment of our commanders – not by artificial timetables set by politicians in Washington.”

Even Bush’s invocation is far from original. His speech harkened back to an earlier conflict, when recently elected President Nixon announced his plan to have South Vietnamese troops take over for U.S. forces fighting in Vietnam. On Nov. 3, 1969, Nixon said the rate of the U.S. withdrawal would depend in part on enemy activity and how well the South Vietnamese were progressing.

“As South Vietnamese forces become stronger, the rate of American withdrawal can become greater,” Nixon said. “I have not and do not intend to announce the timetable for our program. And there are obvious reasons for this decision which I am sure you will understand.”

It took until March 29, 1973 for the U.S. military to complete its withdrawal from South Vietnam, ending the United States’ role in the war. The communists won two years later.

To be fair, the times when the U.S. has set timelines for military withdrawals have not ended well. In the Bush administration’s last year, the United States agreed to pull its troops out of Iraq by the end of 2011 regardless of conditions on the ground unless the two countries reached a subsequent status of forces agreement. After the Obama administration failed to reach such an agreement, U.S. troops withdrew on schedule, paving the way for ISIS’ rise.

Obama also announced a timeline for withdrawing forces in Afghanistan. He said the surge forces would begin returning in 18 months and he later publicly telegraphed that the U.S. combat mission in Afghanistan would be over at the end of 2014.

“There are those who oppose identifying a timeframe for our transition to Afghan responsibility,” Obama said in December 2009. “Indeed, some call for a more dramatic and open-ended escalation of our war effort – one that would commit us to a nation building project of up to a decade. I reject this course because it sets goals that are beyond what we can achieve at a reasonable cost, and what we need to achieve to secure our interests.

“The absence of a timeframe for transition would deny us any sense of urgency in working with the Afghan government,” he added. “It must be clear that Afghans will have to take responsibility for their security, and that America has no interest in fighting an endless war in Afghanistan.”

In the end, the Taliban were able to wait out the surge and erase any U.S. or Afghan military gains during Obama’s time in office.

So now we’re back to “conditions on the ground.” This Pentagon correspondent will continue to ask how much longer the wars in Syria, Iraq, and Afghanistan will go on until he is old, decrepit, and senile. That means you can enjoy two more years of stories.