The U.S. military dangles cash bonuses and post-military college money to entice recruits into the service. Meanwhile, the Canadian military... 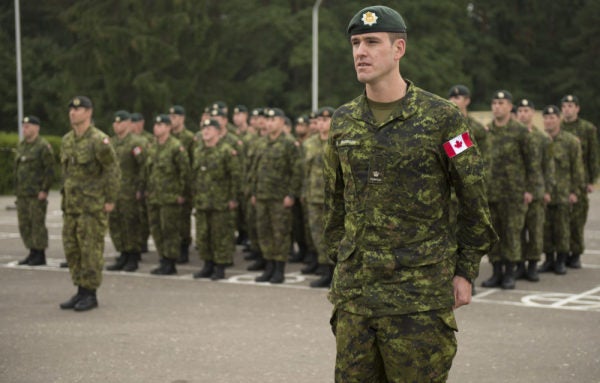 The U.S. military dangles cash bonuses and post-military college money to entice recruits into the service. Meanwhile, the Canadian military has beards and weed.

As Chad Garland of Stars & Stripes reports, a new rule took effect on Tuesday allowing all members of the Canadian military to rock a beard as long as they can grow more than just peach fuzz. “A member will … shave off unsuccessful attempts to grow a beard,” the policy says.

The policy also says Canadian soldiers with beard-growing genes will need to have a mustache as well, keep their fur neatly trimmed, and not let it “exceed two centimeters in bulk.” Sadly, that last requirement means that although beards are okay, soldiers will not be able to attempt Chad Garland-esque levels of beard-growing.

It also allows commanders to restrict facial hair if operations require it.

While the policy says its intent is to strengthen morale and team cohesion, it comes on the heels of another change that undoubtedly strengthens morale (and the munchies): the allowance of marijuana use.

Last month, Canada’s military outlined new rules regarding marijuana consumption following the national legalization of the substance for recreational use that will take effect on Oct. 17.

Canadian service members can consume pot as long as it is eight hours before duty, 24 hours before the operation of weapons or vehicles, or 28 days before high altitude skydives, military flights, or operations in a hyperbaric environment. It will still be banned from international operations, according to Reuters.

So stock up on your beard oil and weed brownies, our allies to the north. You earned it.