The Army’s John F. Kennedy Special Warfare Center and School at Fort Bragg, North Carolina, is melting down over a... 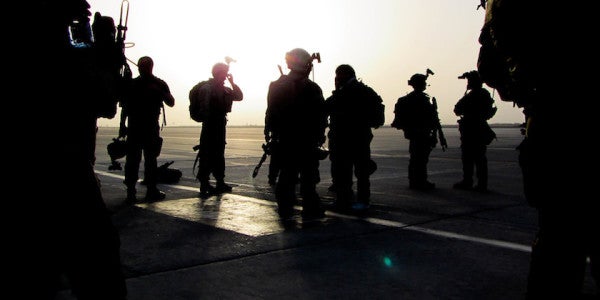 The Army’s John F. Kennedy Special Warfare Center and School at Fort Bragg, North Carolina, is melting down over a single email. According to the Associated Press, the command is currently investigating who authored an anonymous mass-emailing that accused its leaders of “moral cowardice” — and of turning the prized command into an ineffective rubber-stamp for subpar candidates to join its elite Green Beret Special Forces groups.

The 6,300-word, heavily bulleted, and richly detailed screed — reportedly mass emailed to both active-duty and veteran members of the U.S. special operations community on Nov. 26 and first published by SOFREP, declared that SWCS “has devolved into a cesspool of toxic, exploitive, biased and self-serving senior Officers who are bolstered by submissive, sycophantic, and just-as-culpable enlisted leaders.”

For half a century, the school has reinforced the training standards that make Green Berets among the most fearsome warfighters in the U.S. military. But under the command of Maj. Gen. Kurt Sonntag, the letter alleges, the officers who set those standards are primarily focused on “ensuring that yearly graduation quotas are met and that political agendas are enforced.

“They have doggedly succeeded in two things; furthering their careers, and ensuring that Special Forces more prolific, but dangerously less capable than ever before,” the letter reads. “Shameless and immodest careerism has, in no uncertain terms, effectively destroyed our ability to assess, train, and prepare students, or to identify those students that pose very real risk to Operational Detachments.”

The letter is, well, extremely long, incredibly thorough, and full of withering criticisms of everything from the Special Forces Qualification Course to the first female Green Beret candidates. Here are the meatiest bits:

“No one has said “If they want to join, give them a lower standard so they can join.” Yet this is exactly where the current leadership has taken it upon themselves to inject an end state no one wants, to achieve personal endeavors that benefit no one. They have stated through continuous action and policy implementation that they do not want women to meet the standard. What they want, is to markedly lower the standards enough to ensure that any woman attempting this path will have absolutely no issue achieving it. They have said time and again that they want to maintain the standards, but have continuously lowered, and now eliminated them.”

“After passing a 19-ish day selection process, there are no physical barriers to earning the coveted Green Beret These all were standards for EVERY Green Beret in modern history prior to this month. To say that standards have not been eliminated would be laughable, were it not so tragic.”

“The moment they took command, their primary motivation for making changes to the SFQC was to acquire ‘Multi-star Potential’ on their OERs, They pursued this by, first, ensuring that the Q-course graduation rate was raised so they could lay claim to making the Q course more efficient and, second, ensuring that the standards were lowered so as to make certain that the first women able to pass selection would have the best possible chance of making it through the grueling 14 month (at it’s quickest) pipeline practically unimpeded. Being able to say they graduated the first female Green Beret is a milestone no officer (devoid of principles, that is) can possibly pass up. SFOC had the strictest requirements and the highest attrition rate, almost entirely physical in nature. They practically did away with it.”

There are serious allegations of negligence and malfeasance against the leadership of an elite force that’s already been endured a rise in operational tempo this year — and a rise in scrutiny. While it’s not mentioned in the letter, the deaths of four 3rd Special Forces Group personnel in an Oct. 4 ambush in Niger put the Pentagon’s ever-expanding Global War on Terror, and its reliance on special operators, under a microscope.

How SWCS will actually address the allegations remains unclear. In a Nov. 30 statement, Sontag, the school’s three-star commander, said the allegations of institutional corruption “warrant further evaluation.” But he also told the Associated Press that “no fundamental standard for assessing future Green Berets has been removed or adjusted even as the qualification course has modified multiple times since the Sept. 11 attacks.”

But the anonymous letter-writer’s (or writers’) broadside suggests that Green Beret culture is in deep peril, and not the sort old-timers always complain is imminent. “We are also acutely aware that senior generations derisively judging their juniors is a tradition as old as humanity,” the letter stated. “So this address is not being written because ‘cherries are so much more cherry than we were when we were cherries.’”