20 Things You Only Understand If You’ve Deployed

One of the greatest things about serving in the military is our “soldier sense of humor.” Different than other kinds... 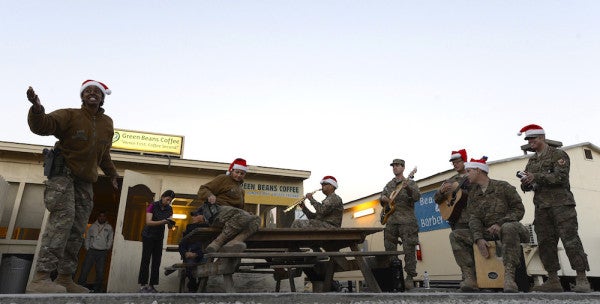 One of the greatest things about serving in the military is our “soldier sense of humor.” Different than other kinds of humor, it often functions as part of a larger pressure relief. Born of adversity, the imminent threat of violence, seriousness of purpose, and brotherhood, soldier humor helps military members make light of war, deployment, and monotony.

The military sense of humor is unlike any other brand, and is so unique that Reader’s Digest even publishes a regular column called “Humor in Uniform.” What’s interesting is that it has existed in armies across history, which uniquely bonds today’s troops with those who came before us. In the Civil War, northern soldiers often joked that “draft exemptions were only open to dead men who can establish proof of their demise by two reliable witnesses.” They dubbed their “hardtack” rations (essentially thick, pest-ridden saltine crackers) “worm hotels,” and decorated makeshift Christmas trees with them at the holidays. In World War II, Gen. George Patton was famous for saying he wanted to “piss in the Rhine,” and in March 1945, he did just that.

Related: 10 Things You Wish You Didn’t Know About Being Deployed »

Today, a steady stream of this brand of comedy emanates from the many places we have established ourselves across the world. When I was deployed last year, several of my guys came up with the following “top 20” list. This was our brand of humor as we sweated it out in the harsh, dry CENTCOM sun. If you’ve been deployed, you can no doubt relate many of these, and can probably add more.

Here are the 20 things unique to deployment: