Wars and battles often get their titles well after they become history. But the operations that are carried out, are... 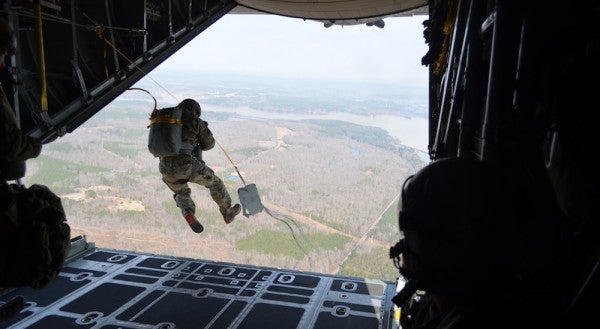 Wars and battles often get their titles well after they become history. But the operations that are carried out, are named before they happen. Deciding what to name operations can prove to be a hilarious, if not unfortunate task, as evidenced by the U.S. military.

Here are eight of the most absurd operation names in U.S. military history.

During Beastmaster, U.S. troops in coordination Iraqi Army cleared three large neighborhoods in the western Baghdad, Iraq suburb of Ghazaliya. It was seen as a huge success that led the Iraqi Army to uncover seven weapons caches, roadside bomb-making materials, and also capture a high-value target. Maybe the name works if Iraq is the beast, and the Army is its master?

Related: When it comes to military humor, go easy on the jargon, bro »

Nickel Grass was an operation conducted by the United States to airlift weapons and supplies to Israel during the Yom Kippur War in 1973. It was a 32-day operation where the Air Force shipped 22,325 tons of tanks, artillery, and ammunition. The name? Your guess is as good as ours.

This operation took place during the Vietnam War in the Que Son Valley. It was a Marine aerial assault on the Viet Cong base south of Da Nang that spanned from April 28 through May 12 in 1967. As for the name, all we know is that the beaver, as an animal, is not indigenous to Vietnam.

Operation Jaws V under the 6th Marine Regiment disrupted insurgents’ efforts to launch mortar and improvised explosive device attacks against Coalition Forces on March 4, 2006. This operation took “a bite out of insurgents,” in Fallujah according to the Marine Corps itself. The mission’s name and subsequent media coverage made a valiant effort at a shark movie reference that is mostly corny.

A famous World War II operation, it is also known as the “New Georgia Campaign.” It took place from June 20 through Oct. 7, 1943, between Allied forces and Japan in the South Pacific. Despite researching the mission heavily, there seems to be no real explanation for why it was titled Operation Toenails.

Though this mission would say otherwise, the U.S. military has never fought against vampires. Instead, Operation Dracula was the designation given to Allied South East Asia Command’s plans to reconquer Burma during World War II. It began in 1944 but was abandoned that same year, only to be reinstated the following year. The airborne and amphibious campaign was led by British, American, and Indian forces against Japan.