Craig, Daniel Craig, is poised to reprise his role as 007 for a fifth time. Though the upcoming film is... 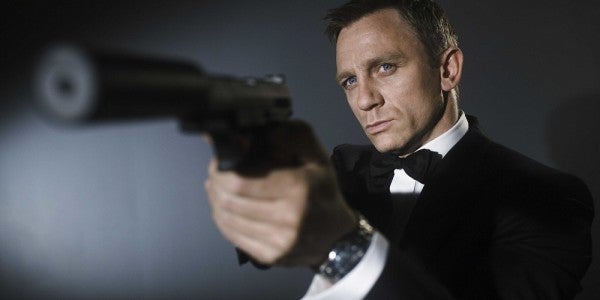 Craig, Daniel Craig, is poised to reprise his role as 007 for a fifth time. Though the upcoming film is still untitled and has no set run date, producer Barbara Broccoli appears to have convinced Craig to sign on as James Bond for the series’ 25th film, according to The Daily Mirror.

The news is a bit surprising, given that the 48-year-old actor previously announced that he’d rather “slash my wrists” than play the titular character again.

Craig’s 007 is a departure from the over-the-top and gadget-heavy Bond films of the past. He’s more of a brooding, government-sanctioned super-assassin than the jokey, campy spy Bonds of yesteryear.

But with Bond back wearing a sharp tuxedo and rocking a Walther PPK, a few things are certain: gunfights, nice cars, beautiful women, and loads of dead bad guys.

From Casino Royale to Spectre, Craig’s Bond has survived shootouts, knife fights, deadly car chases, torture, friendly fire, and poison, and taken out scores of villains in the process: 85, to be exact.

Impressive to be sure, but if Bond ever got into a fight with John Wick, my money would be on the latter.