Before he was an Army captain and Medal of Honor recipient, Florent Groberg was just another green lieutenant showing up... 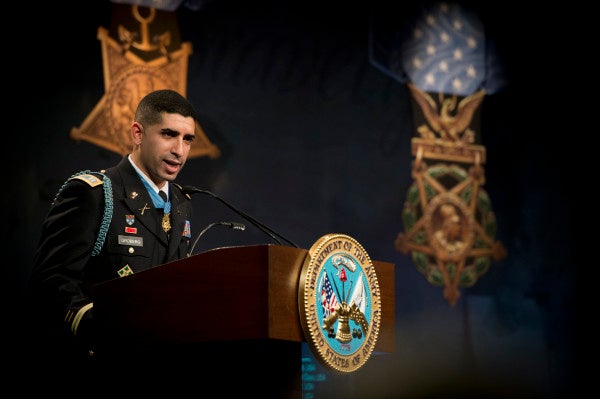 Before he was an Army captain and Medal of Honor recipient, Florent Groberg was just another green lieutenant showing up to his first unit.

And as he detailed in an interview with Task & Purpose, his soldiers made sure to give him the proper introduction, and see whether he would fall for one of their pranks.

Groberg, who received the nation’s highest award for valor for tackling a suicide bomber in Afghanistan in 2012, was interviewed by Task & Purpose last month.

Here's what he told us.

'Nah sir, come on now. You went to fancy officer’s school and stuff.' And I'm like, I am pretty sure you don't; you can’t zero a grenade launcher! And then my platoon sergeant walked by and said 'yo, stop messing with the new lieutenant.'

SEE ALSO: Medal Of Honor Recipient Florent Groberg Explains What You Should Do In A Firefight