Large sticks, candy and Pantera make for a good combination. 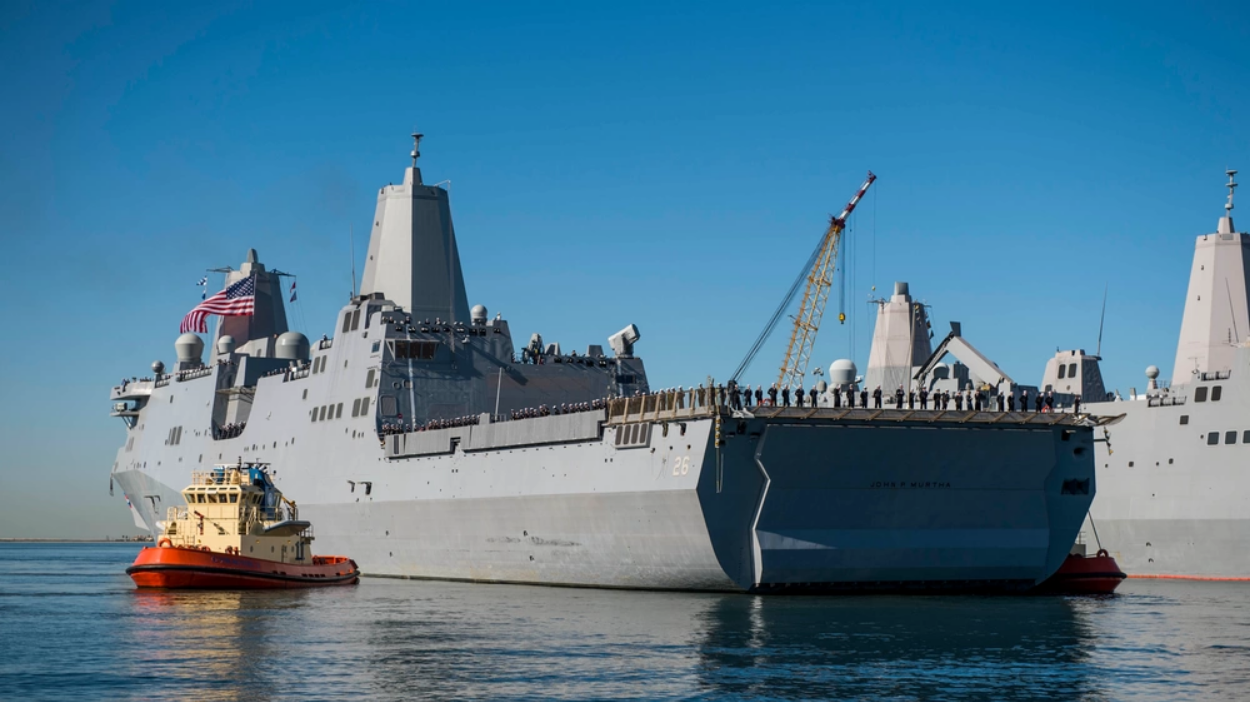 It’s a tough time for the Navy. Morale is low. Desertions are up. There have been a string of commanders relieved of duty for vague, unclear reasons summed up as “loss[es] of confidence.” So what’s a commander to do to help keep spirits up on their ship? How about utterly destroying a piñata with a large stick?

Capt. Gervy Alota, commander of the USS John P. Murtha, shared the video on Instagram on July 2. Enjoy the montage of sailors just wrecking the hodgepodge piñata while Pantera plays. It is pretty great.

“How do you handle stress? This MEGA piñata was just one creative idea our team came up with. Soooo epic and helpful for many. Mental health needs to be priority!” Alota captioned the video.

And Alota’s not wrong. With morale so low in the Navy, with sailors reporting being understaffed and overworked, it’s having both operational impacts and serious personal impacts. There have been a string of deaths aboard the USS George Washington. At least one is officially a suicide and several more are being investigated.

The Navy has tried several ways to try to address this. When the Navy’s top enlisted sailor spoke to the USS George Washington in April, he admitted the service didn’t do enough for mental health, and didn’t have enough psychiatrists. This comes as the Navy is trying to meet recruitment goals and retain sailors already serving. As far as Task & Purpose is aware, hitting a piñata over and over until candy spills out for sailors to enjoy is a new approach.

Alota said the piñata was just one of several ideas the USS John P Murtha crew had come up with. What could the others be? Setting up a rage room inside the amphibious transport dock ship? An escape room? Hopefully not a pizza party or anything like that. A piñata at least offers some immediate way to channel stress.

Listen, is hitting a stuffed cardboard blob or any of the other unknown ideas the ship’s leadership came up with going to provide real, material or long-term solutions to the many issues facing the Navy? Is going with your commander to see Top Gun: Maverick? No. Not in any way. The Navy has a serious amount of work to do to boost conditions for its sailors. But we can’t help but see the immediate cathartic appeal of this approach.

Were you one of the sailors who got to take a whack at the piñata? What other ways is the ship trying to boost morale? Let Task & Purpose know. Email us at nicholas@taskandpurpose.com.