Perfect for the thoughtless and ungrateful. 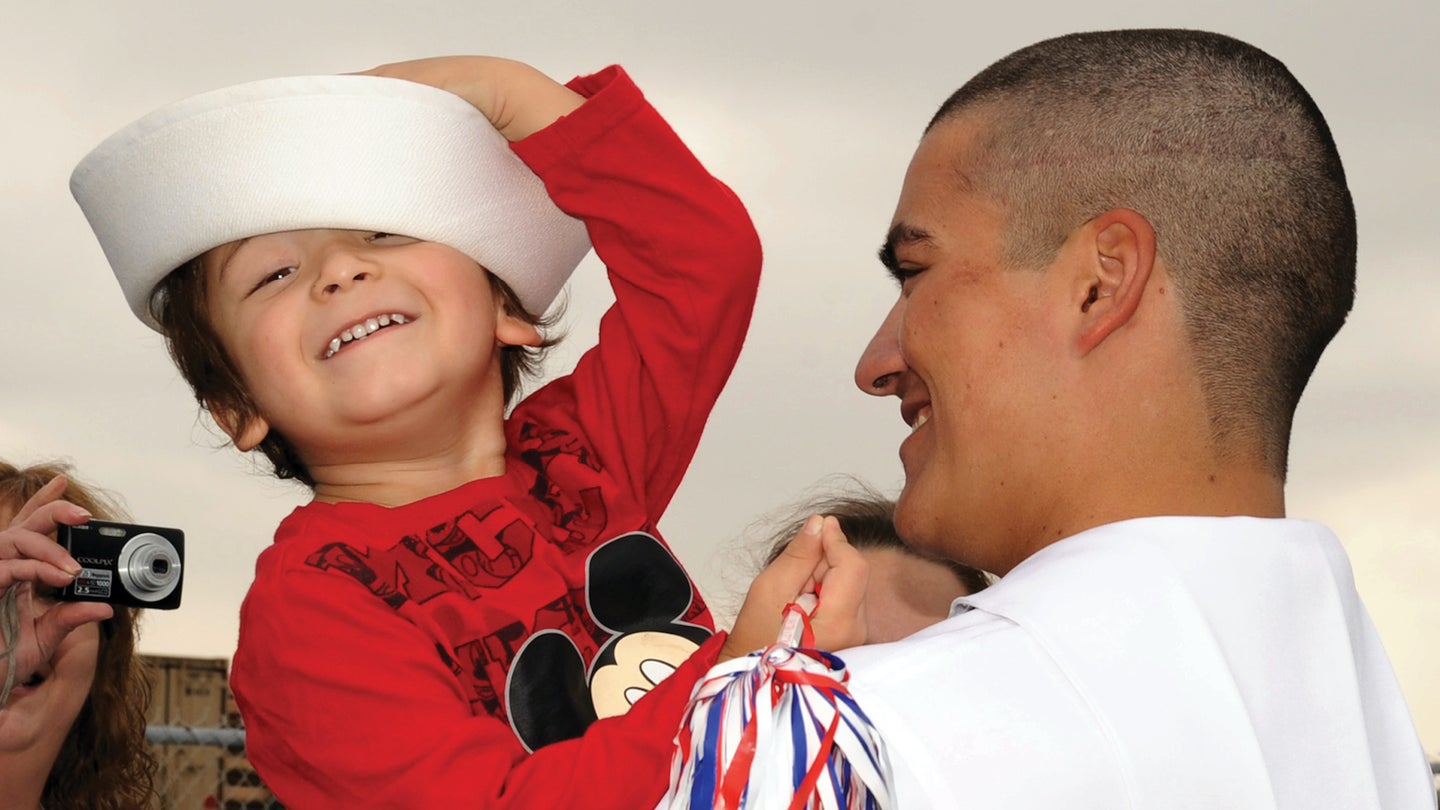 Assuming he didn’t abandon you or do something horrible to you during your childhood, your dad is probably an OK guy worthy of a last-minute Father’s Day gift. Frankly, he’s probably much better than you deserve if you’re resorting to selecting random gifts you found online in a last-minute bid for love and approval. Don’t worry: we’re here to help desperate assholes like yourself.

Now, we could take total advantage of you because we know you’re too lazy to find another list or actually visit a store, but we won’t do that. Instead, we’re highlighting items that aren’t just dad-friendly, but items that have been hands-on reviewed by our staff as Task & Purpose-certified best.

In the world of men’s fashion, the Sieko Turtle is always a popular choice. The certified dive watch will fit almost anyone’s style – even dad’s! It routinely ranks in the top three for our lists of the best men’s watches and best dive watches under $500. It’s the type of watch your dad will wear when your parents are planning a date night that ends with them pushing their twin beds together.

Maybe your dad is a runner. He runs for exercise and chases that runner’s high. Plus, running helps him escape, albeit briefly, his ungrateful adult children. No matter the reason, the Garmin Forerunner 945 topped our list of the best running watches. With up to two weeks of battery life, 1,000-song storage, navigation, heart monitor, and more, it’s perfect if he likes to track his every move.

If you’re going to give your dad a watch, a solar watch is the most practical. He won’t have to wind it, charge it, or replace batteries. The Casio Ocenaus ranked highest on our list of best solar watches because its stylish yet modest stainless steel design and it offers super-accurate timekeeping because it syncs with your phone via Bluetooth.

If your dad carries a pocket knife, chances are, he’ll want another one. He uses it for things like whittling a stick so it has a pointy end, cutting rope when he’s bundling sticks, or maybe inefficiently opening a can. Whatever his reason, the Spyderco Delica 4 Lightweight topped our list of the best pocket knives because it’s an awesome balance of price, performance, ergonomics, and quality.

A multi-tool was straight-up dad thinking. One device for multiple functions, but ironically, he’ll be ok with owning multiple multi-tools. Don’t disappoint him further by giving him some off-brand shit like that guy who cut his arm off used, but give him the brand synonymous with multi-tools. While we poke fun, the Leatherman Skeletool topped our list of the best multitools because it’s actually quite handy and listed at a reasonable price.

I thought about listing the best pocket flashlight here, but we recently discovered that not all tactical pens are actually bullshit. While your dad might be afraid of putting avocado on toast or ordering a venti coffee at Starbucks, he’ll probably carry around a novel tactical pen. The 5.11 Vlad ranked as the best overall. It’s intuitive to use in a stabbing motion, breaking glass, and it writes in the rain.

Sure, your dad probably already has a ratchet set, but a second and even a third set always comes in handy. Think like a dad for a second. If you lose a piece in one, you have a backup. No matter your justification, if you ask some tried and true mechanics, they’ll say the best ratchet set is the Craftsman 40-piece mechanic’s tool set. For the price – about $65 – it has a great selection and a lifetime warranty.

When it comes time to do his “project,” your dad will ask you to hand him his cordless. Sure, the project might be hanging a picture on the wall or building Ikea furniture, but don’t make that bullshit harder than it has to be. Get him a Makita, the best power drill. Plus, when you have a “project” of your own, you can “borrow” it.

Before stumbling across this guide, you probably bought your dad a bunch of useless shit. He hasn’t thrown it away because the sentimental bond he feels with you is too strong. Nature is weird like that and causes someone to care for a person like yourself. With the DeWalt Tough System, he’ll be able to store some 110 pounds of stuff and forget about it. I’ll bet there’s a lot more he wishes he could forget about.

Bluetooth headphones are a luxury your dad will undoubtedly deny himself. He won’t see the point in shelling the cash for them, but he’ll happily accept them as a gift. If he exercises, he’ll wear them at the gym and listen to boring-ass podcasts about finance or fishing or whatever. The PowerBeats ranked as our best wireless headphones because their performance is on par with Apple AirPods but without the price or pretension.

If you give your dad some binoculars, he’ll never get rid of them. He’ll put them by the window or the back porch and occasionally watch interesting things like a bird perched on a branch, a bird perched on a power line, or maybe a bird perched on a roof. They’re even better if you want to see nature while in nature. We listed the Leupold BX-4 Pro Guide on our best compact binoculars list because, with them, you get an intuitive design and a bright, clear picture.

If you really want to blow what little hair he has left back, buy him a solar generator. Sure, it’s on the pricey side, but it’ll give the impression that you’re a forward thinker. A planner for when shit goes bad. The Goal Zero Yeti 1000 Core topped our list of best solar generators because of its rugged construction, quick recharging, and 983 watt-hours.

Assuming your dad doesn’t want to play caveman and rub sticks together to start a fire, he’ll appreciate a camping stove. It’s a bit more versatile than a grill, but you could bring both. The Camp Chef Everest 2x ranked as our top pick for the best campnig stoves because it offers 40,000 BTU power and 215-square inches of cook space. Plus, it’s durable, packable, and portable.

While you could buy him a cooler, he probably already has a cooler. What he doesn’t have is a cooler backpack, so he could walk around with enough alcohol to drink himself to death, which he’ll inevitably want to do if he’s around you all day. According to our extensive research, the Icemule Boss has an unbeatable ice retention system, tons of dry storage, and extremely durable construction.

Property of My Hot Wife