This Site Lets You Buy All The Ammo You Want Online

We may earn revenue from the products available on this page and participate in affiliate programs.   In 2015, Air... 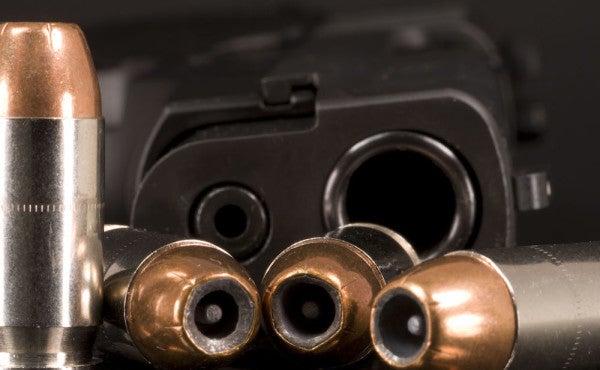 In 2015, Air Force veteran Tanner Maxson was complaining about the price and inconvenience of buying ammo while watching his wife switch the filter on their refrigerator. When he realized what she was doing, he asked her how she ever remembered to do such a trivial thing.

“It comes on subscription,” she told him.

“I thought, oh, I wished I’d been buying ammo on subscription, I would have had a stockpile stored up by now,” Maxson told Task & Purpose.

Soon after, he purchased the web domain ammosubscription.com, and began stockpiling a munitions inventory to sell to customers on a monthly basis. You can even mix and match your order if you want several different types of ammo.

“We invested a whole lot of money in inventory, and that came from working out contracts with some top-rated manufacturers,” he added. “We basically go in and get ammo private labeled for us.”

The site, which officially launched eight weeks ago, offers one, two, and three-month subscriptions for handgun and rifle ammo, packaged in 50-round boxes. And you place a large order, Ammo Subscription will split it into separate boxes so that each one is under the 66-pound maximum for limited quantity hazardous materials.

And it’s perfectly legal … in most states. For states like New York, New Jersey, Hawaii, and Massachusetts, you may not be able to purchase ammo, or you may have to valid provide firearms identification in order to do so.

“We love ammo and have a passion for training, defense, and preparedness,” according to the site. “We built this business to solve our own problem of getting high quality, inexpensive ammo on a regular basis with less effort.”