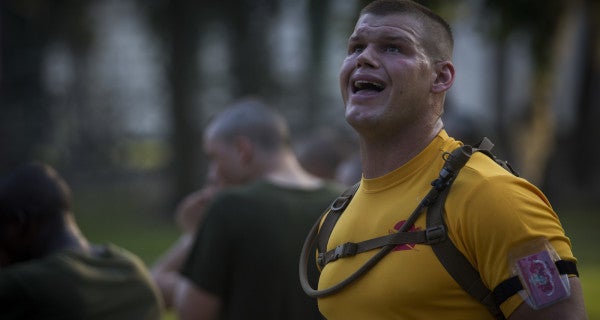 One afternoon, I received an email that thrilled me for a second — and then completely terrified me for 20 minutes. A radio host had asked me to speak on his show about charisma and how politicians manipulate it. Do I know a little about charisma? Sure, I’ve written about it. Am I an expert in politics? No way.

This is just one example of the many times I've been plagued by self-doubt — and I’m a confidence coach. The irony isn't lost on me. In fact, there are plenty of moments (even days) when I don't feel “good enough.”

Getting down on ourselves is a common feeling we all experience. While some low points are imminent, there are ways to limit these moments and keep fear at bay when you feel it expanding within your chest. Below are six tricks I've learned that boost my self-confidence in a heartbeat.

Nothing defeats fear and anxiety like taking action. This means making a decision—stat. I agreed to that interview opportunity within 30 seconds, before I let my obsessive thoughts take over. The same goes for accepting a first date, making the first romantic move, requesting a job interview, or volunteering to speak publicly. Say yes—and do it fast!

2. Keep a record of positive feedback.

And read it on the reg. Austin Kleon, an artist and bestselling author of “Steal Like an Artist,” recommends keeping a “praise file” full of compliments, positive feedback, and kind notes that anyone has ever sent you. This includes emails from past and current managers, thank-you notes from friends and family, or appreciation from clients or colleagues you’ve helped.

Store it online (in a folder on Google Docs or Dropbox, for example) or go old-school and print it out. Whenever you're feeling unsure of yourself, open it up, read through the praise you've received, and let the love vibes remind you how badass you really are. It works — trust me!

Success is a mental game. But you don’t need two hours, twinkling tea light candles, or a personal zen den to access your positive headspace. Thanks to YouTube, all you need is five to 10 minutes, your smartphone, and earbuds. (Heck, you can even do it lying in bed or kicking back on your commute). Start your day off on a positive note with a guided meditation — try this 10-minute one with Abraham Hicks or this five-minute version with Susanne Kempken.

Music is the ultimate mood shifter. Nothing packs a lyrical, self-assured punch more than listening to a powerful song such as Sia’s “Unstoppable,” “Titanium” by David Guetta, or Eminem's “Lose Yourself.” Spotify even has a Confidence Boost playlist, which I love. Tune in, dial up the volume, and rock out!

5. Give yourself some credit.

Think about three achievements from the past two years. Maybe you moved into your own place for the first time. Maybe you survived an awful breakup. Or did you get a promotion, adopt a dog, or run a 5K? Whatever it is you've done — and done well — focus on that. Calling up what you have accomplished reminds you not only how far you've come, but also how much further you can (and will) go!

6. Remember we’re all just figuring it out.

It’s easy to look around and think everyone else knows what they’re doing — and you don't. The truth is, we're all just doing our very best — you, me, even celebs. British funnyman Ricky Gervais once said, “The best advice I was ever given was, 'No one knows what they are doing either.’” So cut yourself some slack! You’re doing great. We’re all in this together. The cocky guy in marketing and the put-together fashionista with a huge following on Instagram all experience self-doubt too, I promise.

As for the radio interview? Well, I did it. Was it great? It went Okay. But it wasn't nearly as scary as I thought it would be. As soon as it was over, I thought, “Why was I so worried about that?”

Take these tips — and take action — the next time you find yourself freaked out about a new opportunity or challenge. I promise you it's less scary than you think.