Ranger school teaches you how to lead others when the cards are down. I’ve seen the absolute best, and arguably... 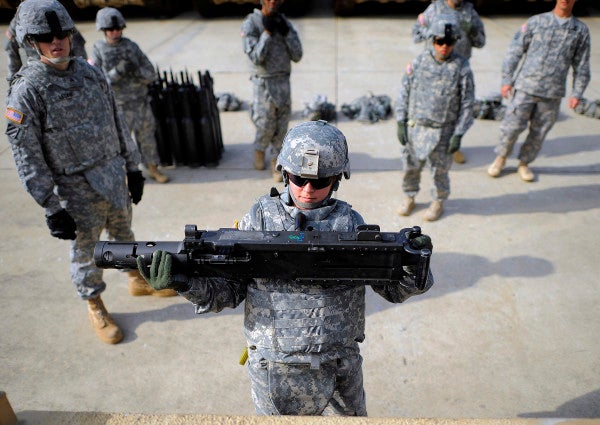 Ranger school teaches you how to lead others when the cards are down. I’ve seen the absolute best, and arguably some of the worst, of human nature when I was in Ranger school. The lack of sleep, the lack of food, the exposure to the elements, the constant pressure, the uncertainty of when your roster number will get called next, the seemingly never-ending slog of those 60-plus days — it all contributes to creating leaders who can make others perform through extreme adversity, especially when they don’t want to. The overwhelming majority of the graduates of the Ranger course go on to be exceptional leaders because of their experience — I know I did.

That being said, I disagree with Shelly Burgoyne-Goode’s assertion that Ranger training offers just “an extra set of warfighting skills,” and wholeheartedly feel that Ranger school is the Army’s premier leadership program providing the Army with the best possible leaders. Additionally, it is also not the same as service in the Ranger Regiment, or other elite special operations units. While Ranger training is not just another specialty skill, like airborne or air assault, it is a school nonetheless, as Burgoyne-Goode points out. And where I do agree with her is that opening the doors of Ranger school to women would enable the Army to maximize its ability to foster the best-trained leaders possible.

For the Army, this should be a simple decision. Ranger school operates on a single physical standard (the Army’s physical fitness test standard for males aged 17–21, plus a five-mile run in under 40 minutes and six pull-ups, palms facing body, a 12-mile foot march in designated time, combat water survival test, etc.). All students are held to these standards, regardless of age, military occupational specialty, unit, etc. I attended Ranger school with a 37-year-old sergeant first class who was held to the same physical standards as the 19-year-olds. Considering that 60% of all Ranger school failures occur during the first four days of the course, when most graded individual physical assessment takes place, these standards are tough and they should be tough to filter out those who are not prepared for the rigors of being a Ranger-qualified soldier, and the responsibilities that come with that title.

Therefore, any soldier who can meet the the Army’s physical fitness standards for Ranger school, and the prerequisite Ranger Common Tasks, should be allowed to give Ranger school a shot. I’ve known many women in the Army who are more than capable of completing the physical tests; furthermore, I’ve listened to a former commander of the 75th Ranger Regiment discuss a female soldier who he has absolutely no doubt could pass Ranger school. That’s good enough reason for me to allow women to attend the school.

The Army has its reasons for not allowing women in the course, however. As Burgoyne-Goode points out, women are officially not allowed to attend Ranger school because they do not serve in positions that correspond with Ranger slots within the Army. The Army has a valid point here. According to Fort Benning’s Maneuver Center of Excellence, the mission of Ranger school is “to produce Rangers to fill U(75th Ranger Regiment)/V (Airborne Ranger)/G (Non-Airborne Qualified Ranger) coded positions within the units whose primary mission is to close with and destroy the enemy in direct fire battle.” As an infantry company commander, I had approximately 21 “G”-coded Ranger positions authorized in my company, yet at any given point, only had five or six Ranger-qualified soldiers. This problem is endemic throughout infantry units, as the last decade of combat has created conditions where it is very difficult for soldiers to prepare for, attend and pass Ranger school in between deployments. Additionally, sending a soldier to Ranger school costs the unit a good deal of money, and the capacity of a class size can only accommodate so many students. I can understand then, especially given the extreme fiscal constraints facing the Army, why Ranger school’s priority is to provide Rangers to the force for positions that require them.

That being said, this focus stands in stark contrast to the 2005 decision to open Ranger school to combat support and combat service support soldiers. I’ve seen chemical, finance, aviation, and transportation officers all attend and graduate Ranger school, and their units were stronger for having leaders who had the experiences of the Ranger course. If soldiers in job fields that aren't directly related to Ranger school are allowed to attend, then why aren't women? There is a certain disconnect between struggling to provide the Army with the number of Ranger-coded soldiers it requires while still allowing non-Ranger coded males to attend the school. Either provide Ranger-qualified soldiers to Ranger-coded jobs (both in the regiment and outside) or provide the total force with Ranger leaders — it seems difficult to do the latter and still exclude capable women.

The larger issue of allowing women into still-closed occupational specialties is one that I feel the Army is handling appropriately, through a series of combat fitness studies. Standards are standards, and most leaders worth a damn will tell you they don’t care if they have men or women doing the job, so long as they have the best people doing it. Just as I’ve met many female soldiers who could excel in the infantry, I’ve met many male infantrymen who came out of basic training woefully ill-prepared for service in an infantry unit, let alone the rigors of combat. The integration of women into all specialties is certainly a challenging task, and its examination is not within the scope of this article, but Army leaders will be able to navigate these challenges when they come. The key is identifying what the standard for these positions needs to be and then tying the right people to those jobs. Critics who claim that full gender integration will result in lower standards should listen to Army Chief of Staff Gen. Raymond Odierno: “Whatever we do, we are not going to lower the standards.”

Letting women into Ranger school is not the same as letting them into infantry units or other jobs still closed by the combat exclusion policy. It will, however, provide the Army with a higher quality class of leadership, while also moving towards the goal of total integration. This should mean that, regardless of gender, those who can meet the standards of the school should be allowed to attend. If Army leadership decides that full integration of all specialities is possible, there is no better way to begin integration than with Ranger-qualified female leaders who have met the same standards as their male counterparts.

Liam Walsh is an active-duty infantry captain. The opinions expressed in this article are the author’s own and do not reflect the view of the United States Army, the Department of Defense, or the United States government.