Time and again Kirstie Ennis has gone to the extreme to "redefine what it means to be disabled," as the 28-year-old, above-the-knee amputee describes her purpose. Next weekend, Ennis will begin her next mountain climb — Mount Everest. 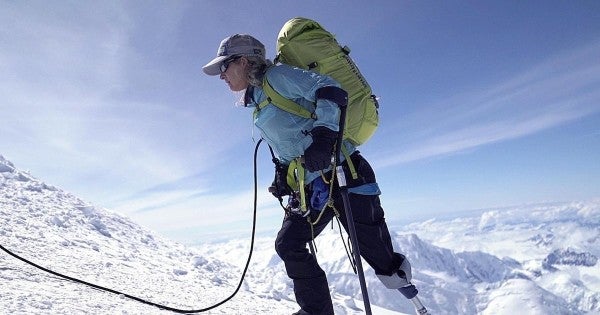 MILTON, Fla. — Time and again Kirstie Ennis has gone to the extreme to “redefine what it means to be disabled,” as the 28-year-old, above-the-knee amputee describes her purpose.

“They're all building blocks,” she said, “all different climbs … trial and error.”

“Most people die on the way down,” Ennis said. “They get summit fever. They put the cart before the horse and don't save their energy.”

“My biggest fear is frostbite on my residual limb,” she said, “The carbon fiber socket transmits cold super quick. It can get brutal.”

“(Starting the foundation) legitimized my efforts,” she said.

“For a nobody nonprofit, (that) feels awesome,” she said.

On her blog, kirstieennisfoundation.com, Ennis said she met Rendon through the nonprofit MVP in LA, an organization that helps veterans transition to civilian life, through a 30-minute workout and over an hour of group sharing in what it calls “the huddle.”

“It was David's experience that would impact me the most,” she wrote.