PTSD And The Civil-Military Divide

We often hear about the civil-military divide in the United State — the deep chasm between those who have served... 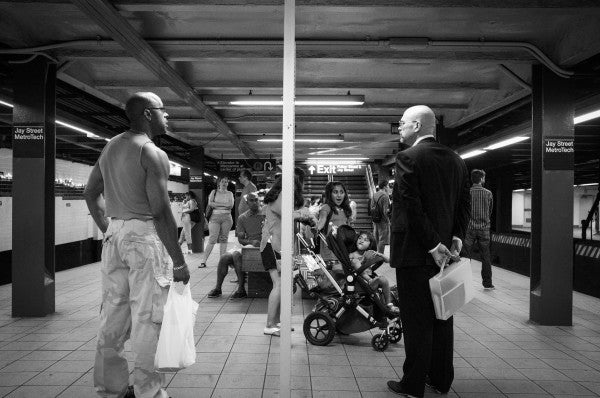 We often hear about the civil-military divide in the United State — the deep chasm between those who have served and the rest of the nation. “Civilians just don’t understand our issues,” veterans say. “Veterans are all heroes!” civilians say, except when we’re victims of post-traumatic stress disorder who might snap during a fireworks show. Both sides are guilty of not understanding the context around the issues we each face.

PTSD is a perfect example. The constant focus on veterans suffering from PTSD ignores the fact that the overwhelming majority of Americans coping with PTSD have never served a day in uniform. The laser focus on combat veterans as carrying the “burden” of PTSD, coupled with a huge misunderstanding of what PTSD represents behaviorally, unfairly stigmatizes all veterans and ignores the fact that most people coping with the disorder aren’t veterans at all.

There is no question that PTSD and mental health problems are a huge issue that must be addressed for our nation’s veterans. Last Friday, the Institute of Medicine released the results of a study examining treatments for PTSD used by the departments of Veterans Affairs and Defense. The report highlighted a host of failures in treating the estimated 8% of the 2.6 million veterans of Iraq and Afghanistan dealing with PTSD or some 208,000 new veterans and service members. Overall, the VA treats more than half a million veterans of all eras with PTSD each year.

But the fact remains that PTSD is far from solely the purview of those of us who have gone to war. The National Institute of Mental Health estimates that in 2012 some 7.7 million American adults were coping with PTSD symptoms resulting from events such as car accidents, rape, physical abuse and a host of other traumas. Over 3% of the entire U.S. population may have a combination of health symptoms such as reliving a traumatic event, avoiding trauma-associated stimuli, and experiencing mood swings and hyper-arousal that persist for at least one month and impair normal functioning.

On Monday, the New York Times editorial board nearly hyperventilated while describing the IOM report in terms that just add to the confusion and lack of understanding of this mental health issue. The op-ed bandied about the now-dated numbers that 7-to-20% of Iraq and Afghanistan veterans have PTSD and described it as a “debilitating” illness that leads to “severe mental health problems.” The flaw in these descriptions is that PTSD like most mental health conditions is a nuanced affliction that affects everyone differently. On an average day, you may be talking to an average person, veteran or civilian, dealing with PTSD and never have any idea.

We must have honest conversations about how veterans fit into our larger society. We are neither special victims of our service nor necessarily special heroes because of it, certainly no more than the many Americans who are everyday heroes. PTSD is the perfect place to start that conversation. Whenever a veteran is implicated in a crime, the default assumption is that he or she is suffering from PTSD, but no one ever blames PTSD if a soccer mom loses her temper at the referee, though she may very well have PTSD from a teenage physical assault. In neither case is PTSD relevant to the incident or the outburst because PTSD is no more to blame for violence in veterans than it is in the average American.

Hiring managers often express concern about hiring veterans for fear of PTSD somehow leading to issues in the workplace, yet on a daily basis over 3% of the people they are hiring have it as well and it’s not even considered as a possibility of a problem.

As a corollary, we veterans need to understand that we can’t claim PTSD for ourselves. There are literally hundreds of non-profit organizations today offering everything from mental health counseling services to service dogs for veterans with PTSD. But there is virtually no national discussion of how PTSD affects the rest of the nation even though there are literally 37 times more U.S. adults coping with this mental health challenge than veterans of Iraq and Afghanistan.

The medical advances in the last decade due to the no-longer-deadly damages of war are remarkable from new methods to stop bleeding, save lives, and provide high-tech prosthetics. With the end of direct combat nigh, we need to turn that attention on advancing medicine from physical to mental health. The military community can use the knowledge its gained from treating PTSD and combat trauma to help the nation’s civilian PTSD sufferers as well.

It starts with veterans, government agencies, non-profits, advocates and leaders acknowledging that PTSD isn’t a lifetime sentence nor just the “signature wound” of our nation’s wars. It is a treatable and manageable mental health condition that could affect anyone after trauma and is a national issue that needs addressing beyond just our country’s veterans.

The civil-military divide will disappear when we knock it down one brick at a time and PTSD as a purely veteran issue is a huge chunk that should go away today.

Fred Wellman is a retired Army officer and veteran of four combat tours including Desert Storm and Iraq. He served as an aviator and public affairs officer before retiring in 2010. He founded ScoutComms, Inc. a Virginia-based, award winning social enterprise communications, corporate social responsibility and philanthropic strategy firm supporting veterans and military families. He is on Twitter at @FPWellman. Learn more about ScoutComms at www.ScoutCommsUSA.com