A veterans cemetery in Exeter, Rhode Island, had to move the bodies of fallen veterans after it was discovered that... 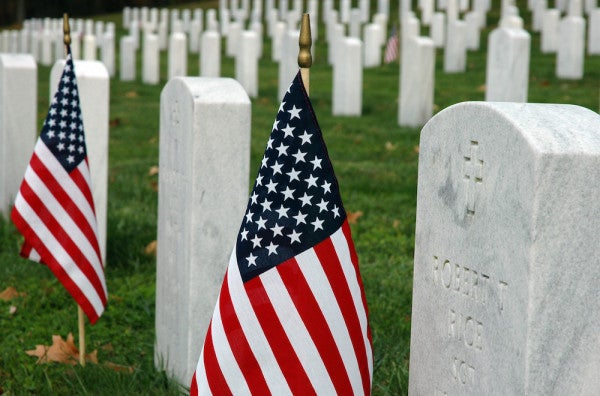 A veterans cemetery in Exeter, Rhode Island, had to move the bodies of fallen veterans after it was discovered that seven of them were placed in the wrong plots.

Military Times reported that cemetery staff accidentally left an extra space when transferring the remains of a veteran's father back in 2010. The extra space wasn't accounted for when permanent grave markers were added in the months that followed. Consequently, 21 grave markers were off, and seven graves on that row have been placed in the next plot over.

“We recognize our cemetery is hallowed ground, and we did not meet our obligation to our veterans, their loved ones who are buried here or the families and the veterans who continue to come to our cemetery to pay their respects,” local Veterans Affairs director Kasim Yarn said.

The error was discovered on Jan. 19 as the grounds crew prepared for a burial in the row that day.

Unfortunately, there is no precedent for dealing with a mistake like this, and Yarn is working to rectify that. He said he believes this is just a one-off incident, however, and does not plan to punish any member of the staff.

Correction: An earlier version of this article stated this was a VA cemetery. It has been updated to reflect that it is a state-run veterans cemetery (Jan. 24, 2017 at 2:06 p.m. EST).