In the land of the big PX, American health regulations still reign supreme. 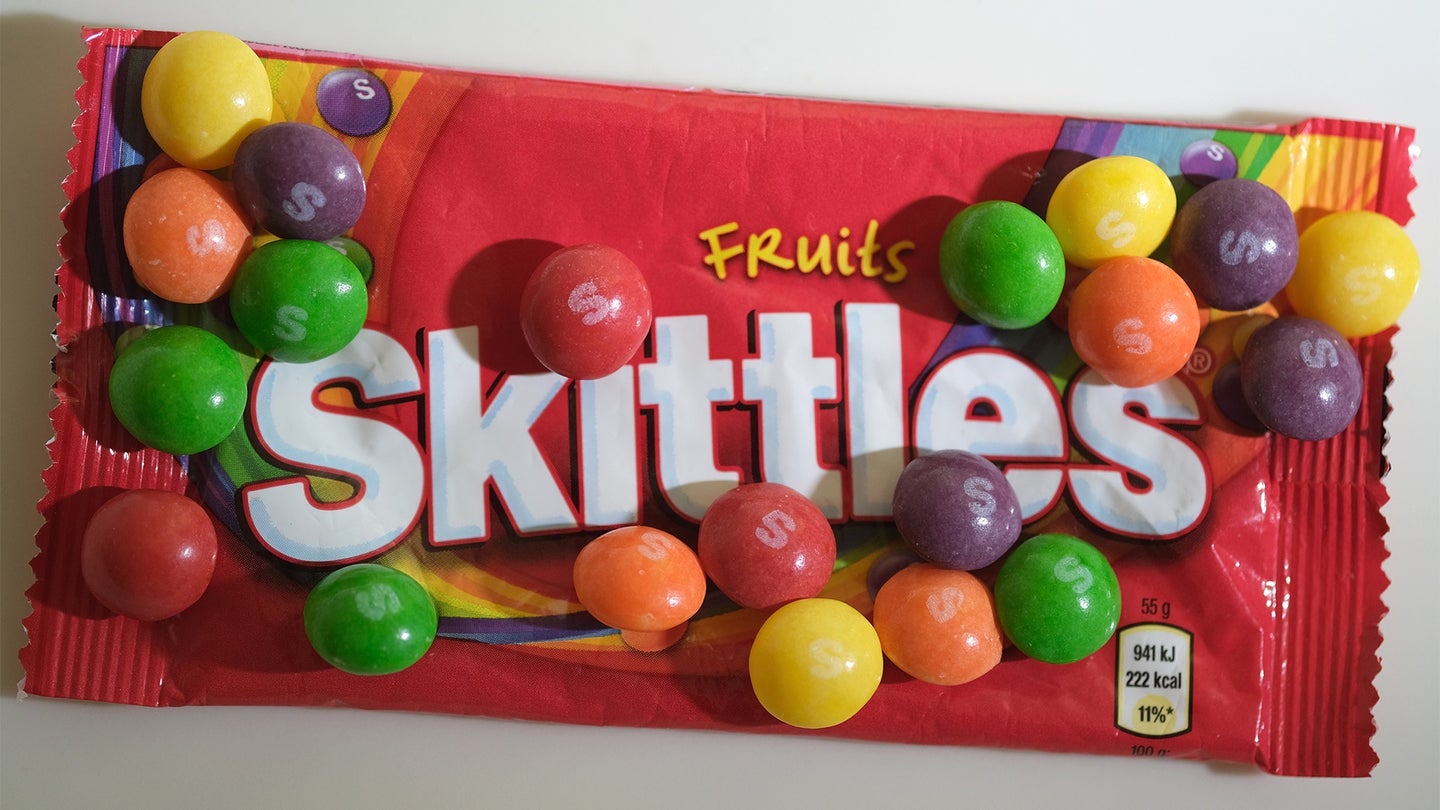 A package of Skittles, a fruit-flavored candy, produced by Wrigley Company, a division of Mars, Inc., is seen in this illustration photo on May 19, 2020 in Katwijk, Netherlands. (Yuriko Nakao/Getty Images).
SHARE

Skittles. From sour to tropical to the rare package found in an MRE, who doesn’t love to taste the rainbow?

For anyone worried that a tour of duty in Europe may mean a Skittles sabbatical, worry not. While the colorful candy is now banned across much of the European continent, Army and Air Force Exchange Service stores will continue to stock the brand.

The ban stems from the use of the color additive titanium dioxide, which food manufacturers in the European Union are now banned from using. It’s used in thousands of food products, from chewing gum to salad dressings to coffee creamers and especially in brightly colored candies like Starburst or Skittles.

Numerous published scientific studies have raised concerns about the potential health implications of Titanium Dioxide. It can apparently remain in the body and damage organs, damage the immune system and lead to an increased risk of cancer. It’s these concerns that led the European Union to finally ban the use of Titanium Dioxide.

The U.S. Food and Drug Administration, though, certified the substance as safe for human consumption in limited capacities in 1966, and hasn’t wavered from that position since.

There is an ongoing lawsuit, filed by a man in California, claiming that Titanium Dioxide is “unfit for human consumption.” But for now, by U.S. law at least, the possibly carcinogenic color additive can stay in the Skittles, and that’s the same law that PXs are going to follow when stocking their shelves.

“The food additive regulation banning titanium dioxide in the EU does not apply to products sold by the Exchange to the U.S. military community,” AAFES spokesman Chris Ward told Stars and Stripes.

So for now, at least, the Skittles will stay. And, honestly, is a little Titanium Dioxide as bad as whatever is in all those energy drinks troops down by the gallon?