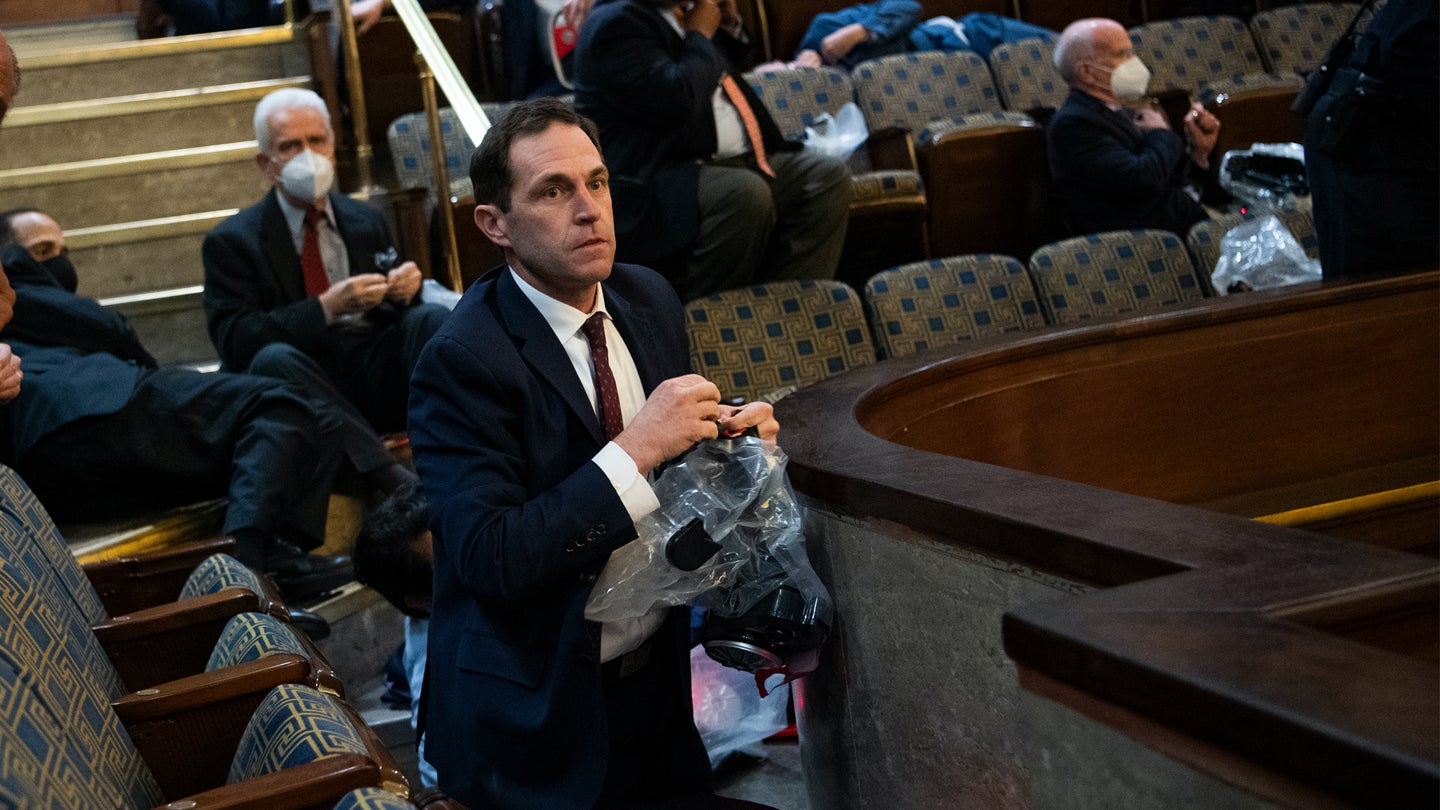 It’s been over a decade since Rep. Jason Crow (D-Colo.) felt the need to prepare to fight his way out of a situation.

The last time he felt that way, Crow told CNN on Thursday morning, he was an Army Ranger in Afghanistan. This time, Crow was doing his job as a U.S. congressman in the House chamber when a mob of supporters of President Donald Trump stormed the building.

Crow told the Denver Post that while police evacuated people on the floor of the House chamber, people sitting in the gallery “got trapped for like 20 minutes as the rioters stormed the stairwells and doors.”

“I got into Ranger mode a little bit,” he told the Denver Post. “Most of the members didn’t know how to use the emergency masks, so I was helping them get their emergency masks out of the bags and helped instruct a bunch of folks on how to put it on and how to use it.”

Crow said on CNN on Thursday that for the first time since he was in service, he felt “there was a possibility I would have to fight my way out.”

He said he “went around and started locking” doors in the chamber, moving other lawmakers away from the doors, and directing them to “remove their pins so they weren’t identifiable in case the mob did break through.”

“I had a pen in my pocket that I could use as a weapon, I was looking for other weapons as well and I was coordinating with the capitol police to try to find a way out to for us,” Crow said.

According to NPR, Crow originally enlisted in the National Guard before joining ROTC while studying at the University of Wisconsin-Madison. He served with the 82nd Airborne Division and earned a Bronze Star as a lieutenant for leading a platoon of paratroopers during the 2003 invasion of Iraq. He served two more combat tours in Afghanistan with the 75th Ranger Regiment, according to NPR.

A photo of Crow holding the hand of distressed Rep. Susan Wild (D-Pa.) went viral on Wednesday, with many praising his calm in the midst of the mayhem that gripped the Capitol that day.

Cros told CBS This Morning on Thursday that in the moment captured in the viral photo, he was just doing what any friend would do and letting Wild know “that I was there for her, and that we would get through it.”

Crow told the Denver Post last year that his military service taught him “that our democracy exists because men and women stand up to fight for it.”

“It’s a belief that drove me to serve my country in combat and led me to the halls of Congress,” he said.

Ultimately, Crow was the last member out of the chamber on Wednesday, according to Business Insider. The New York Times reported that while police began evacuating those in the House chamber, Crow “brought up the rear to ensure all the members made it to safety.”

Crow told the Denver Post that he “wasn’t going to leave the House floor until every member was gone, so I waited until we were able to get everybody out.”