Eighteen. That is the percentage of 114th Congress that has worn the uniform of the United States military. For the... 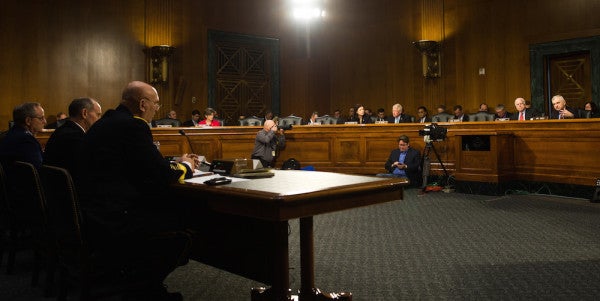 Eighteen. That is the percentage of 114th Congress that has worn the uniform of the United States military. For the past 25 years, that number has been declining with almost every successive delegation elected. As the military continues to grow more secluded and alienated from the rest of the population, nowhere are the strains in the civilian-military relationship more evident than in the make-up and recent actions of Congress.

A little over a year ago, Rep. Paul Ryan, chairman of the House Committee on Ways and Means, moved to cut the value of a military pension by as much as six figures for current service members. Last week, news broke that the Senate Armed Services Committee’s 2016 Defense Authorization Bill proposed a slash to dual-military couples’ income by as much as $13,000 through the removal of basic allowance for housing of the lower-ranking service member. Additionally, unmarried armed services personnel who live with other individuals on active duty could also see their allowance cut by 25%. For an O-3 living in Washington, D.C., this would mean a pay cut of $7,200 a year.

These military “reforms” come as many members of Congress continue to call for an increase in military involvement in the fight against the Islamic State and the redeployment of these same service members back to Iraq. For Task & Purpose, Michelle Villarreal Zook correctly highlighted that these cuts would generate all sorts of perverse incentives, and disproportionality target women in the military, threatening the concept of equal pay for equal work. As terrible as those things are, taken as a whole, the actions of Congress over the past few years generate a much bleaker picture: Our representatives do not understand the motivations of the men and women in the military and cannot foresee the consequences of their legislation concerning the same.

People do not join the military for money. Sure, many of the benefits are generous, especially when it comes to education and health care. Yet, as onerous as student loans and waiting lines can be, most people would much prefer them to the battlefields of Iraq and Afghanistan. Men and women serve because they feel a calling to protect their fellow countrymen. They know someone has to take the fight to those who would do us harm. However, when service members find their financial well-being chipped away or even sawed in half by a few sentences added into a bill with little or no debate, they begin to doubt that America’s civilian leadership has their interests in mind. Personal impacts of fiscal austerity are even harder to reconcile with stockrooms full of HD televisions and excess flight hours ordered to be flown as the end of a fiscal year approaches. In simpler terms, the savvy service member will wonder why her family should suffer while there are plenty of other places to trim the budgetary fat.

It is one thing to have a transparent and thorough debate about what military pay should look like. The men and women of the armed forces do not want the sacrifices they made for their country erased by fiscal insolvency. The Military Compensation and Retirement Modernization Commission provided some controversial ideas on how to curb personnel costs that threaten to consume the Department of Defense’s budget over the coming decades. This is the appropriate way to conduct an assessment of how the military gets paid. Its proposals are public knowledge, and an open conversation promotes trust and good faith. Quick and underhanded changes to uniformed members' compensation do not.

Our country’s ability to meet national security challenges depends on the health of the civilian-military relationship. Since Gen. George Washington resigned his commission before the Continental Congress in Annapolis, civilian control of the military has been enshrined in its ethos. When Congress targets the pay of active-duty personnel who cannot dissent, there is no option to “put up,” only to “shut up.” That is why the effectiveness and morale of our military is tied to the support it receives from its civilian overseers.

These two incidents, the Ryan bill, and the proposed housing allowance cut, reveal a Congress out of touch with the effects its actions have on the men and women of the armed forces. Most Americans would agree that the legislature is even more aloof when it comes to their lives. Though Congress’ military service rate is at 18%, its approval rating is even lower at 16. Something needs to change.

Unfortunately, until more veterans are elected into office, change seems unlikely. Representatives who recently served in the military like Scott Perry and Tulsi Gabbard offer a unique perspective that stands in contrast to that of other congressmen. They recently announced the formation of the Post-9/11 Veterans Caucus aimed at tackling issues of particular consequence to service members like entrepreneurship and employment opportunities, and reducing backlogs in the Department of Veterans Affairs. In an institution that has recently been known for gridlock, veterans offer the ability to put their differences aside and solve the complex problems of the 21st century. They have seen the human impact of both well-thought-out and ill-conceived policies. Most come from lower- and middle-class backgrounds, helping them to understand the struggles of other Americans. With issues such as the riots in Baltimore and the proper use of law enforcement at the forefront of the national conversation, state and local governments can benefit from the gravitas veterans exude while making sensitive decisions. Finally, when it comes to the struggle against the Islamic State, no one truly understands what it takes to succeed like those who fought and defeated the organization when it called itself al Qaeda in Iraq. America would do well to have those same men and women in the halls of Washington when confronting this threat again.

Congress, attempting to raid the pocketbooks of service members without warning, threatens to undermine its relationship with the military. That is bad for the country. Veterans, through running for office, hold the key to preventing this slide into dysfunction. They answered the call to serve once, and did so half way around the world. Now, it is time to do the same a little bit closer to home.