There are few things more legendary than a Ka-Bar Marine Corps fighting knife — except maybe getting one for this cheap. 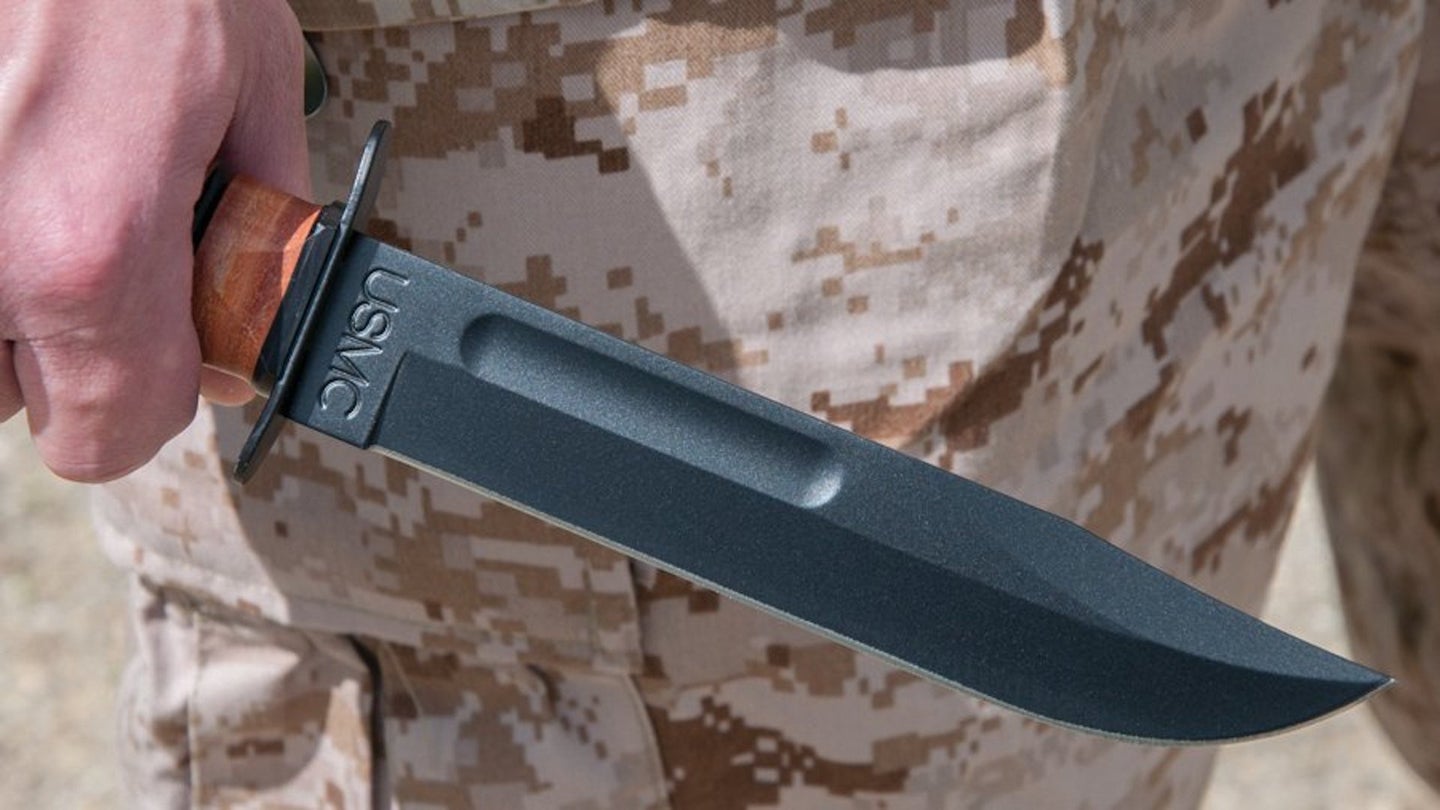 Black Friday deals and discounts seem to come earlier and earlier with each passing year, and this year is no exception, with tons of steals on everything from outdoor gear to EDC knives available in the run-up to Thanksgiving. While this stream of deals may seem like a deluge that’s impossible to navigate, we’ve managed to filter out some of the gold worth keeping an eye on — namely, in this case, an iconic Ka-Bar Marine Corps fighting knife.

A fixture of the Marine Corps arsenal for nearly a century, the Ka-Bar is a knife steeped in legend, from stories of grunts taking out enemies in brutal close-quarters combat to urban myths about the steel being so strong that wooden shipping crates were sent with Ka-Bars instead of crowbars during World War II.

Even the name “Ka-Bar” has its roots in folklore: According to the company, there’s an urban legend that in the 1900s, the company — then called Union Cutlery — received a letter from a fur trapper detailing a harrowing encounter with a grizzly bear that he killed with his trusty Union Cutlery hunting knife. The writing was so smudged, the only letters discernible in that passage were “K A Bar”; from this legend, the KA-BAR trademark was born.

But the iconic Ka-Bar isn’t just a part of Corps lore, but a functional, reliable survival knife worthy of your next excursion into the great outdoors. With a 7-inch carbon steel blade and weighing just over 11 ounces, the most famous knife in the world is a formidable tool for taming the wildness comparable to some of the best survival knives that we’ve reviewed here at Task & Purpose.

Even better: while the Ka-Bar normally retails for $116.85 at the company’s store, it’s currently available for just $87.97 on Amazon (the serrated version is just a smidge more expensive) for savings of 25 percent. If that’s not worth shelling out for, I don’t know what is.