The new order will make restrictions around deployments and redeployments “a bit looser,” but most moves will be evaluated on a case-by-case basis. 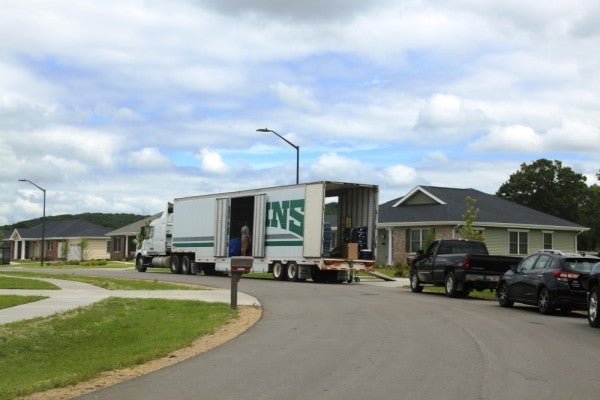 The Department of Defense is extending a travel restriction from May 11 to June 30 in an effort to control the spread of novel coronavirus COVID-19 infections among troops and their families.

Under Secretary for Personnel and Readiness Matthew Donovan told reporters on Saturday that the extended travel restriction, which first went into effect on March 25, will be “more liberal” to allow for certain deployment, redeployment and other exemptions because the military now has a better understanding of coronavirus.

However, Donovan could not give many specifics because official guidance has not yet been signed by Defense Secretary Mark Esper. Also, he said many exemptions will have to be decided on a case-by-case basis.

“It is case-by-case, each one will have to be examined and the services are all queued up to do that,” said the undersecretary, who anticipates that official guidance for the restriction will be released on Monday.

The new order will make restrictions around deployments and redeployments “a bit looser,” Donovan said, though leave travel will still be restricted to the service member’s local area. Waivers are also available for mission-essential travel, personal hardship and humanitarian reasons.

Donovan said the new rules come as the military prepares for the summer permanent change of station season.

“We move 100,000 people during that season,” he explained. “Because of constraints of coronavirus, that will have to be phased in and take a longer period until restrictions are lifted.”

The services are working to put together a list of priority movers, the undersecretary said. U.S. Transportation Command said that military moves are happening at 30% their normal rate, while each service is moving people at about 10% of their normal rate, Donovan said.

Military.com reported that waivers will also be granted for travel related to pending retirement, military separation, recruiting and entry-level training. Service members in the middle of temporary duty travel or permanent change of station moves can also continue on to their home stations or new duty stations.

“Also, when it meets operational requirements, we will consider in-place assignment extensions or waivers for PCS moves for service members with school-age dependents to minimize school-year disruptions and education costs,” Donovan said, according to Military.com.

The undersecretary said the order could be extended past or curtailed prior to June 30, Military.com reported, and that Esper would review the travel ban every 15 days.