'We don’t have the capability to go out and collect large numbers of people.' 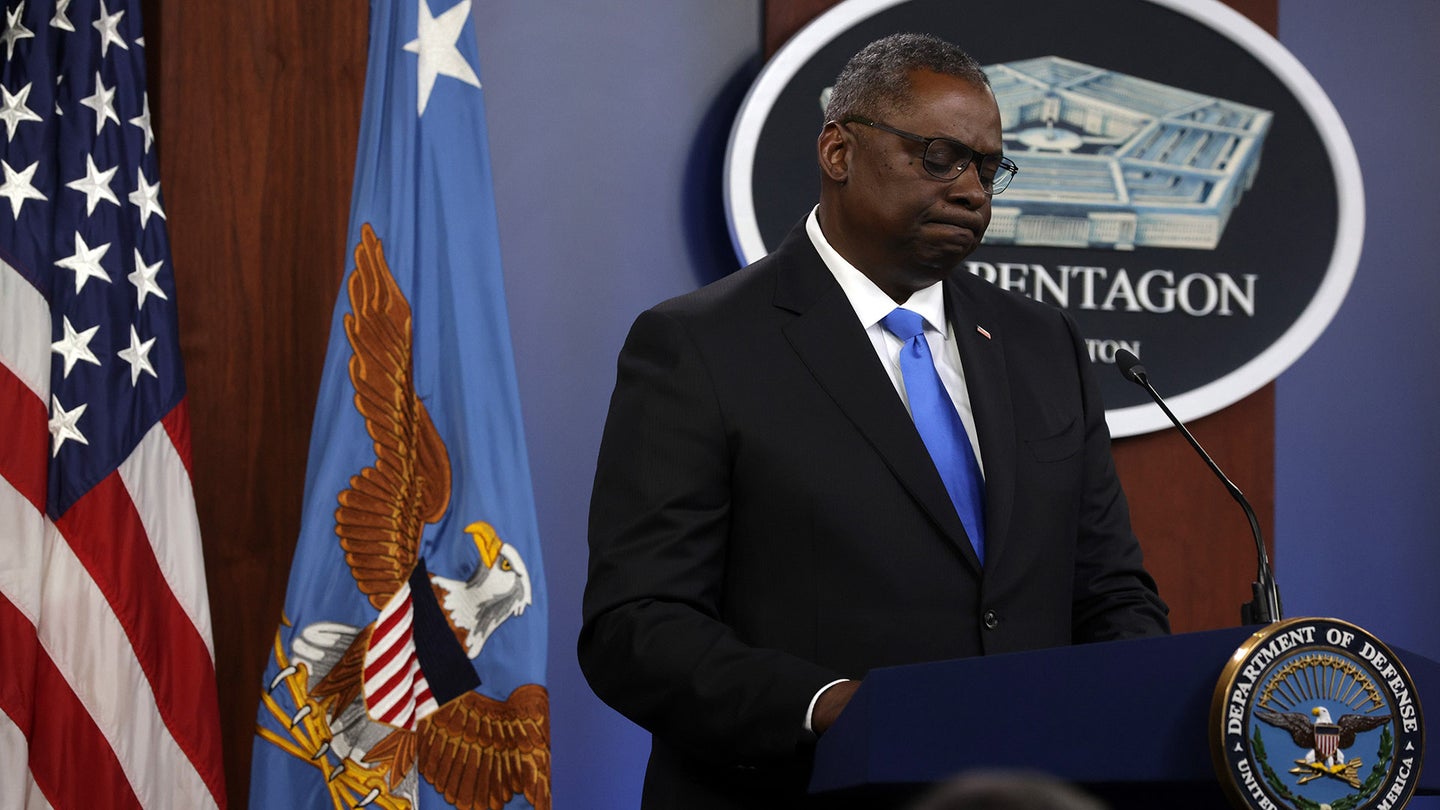 The Pentagon has a message to American citizens and Afghans who worked with the Americans: It’s up to you to get past the Taliban’s many checkpoints outside of Kabul’s airport.

That’s because the U.S. military, which has an annual budget in excess of $700 billion, is not prepared to send any of the roughly 4,500 soldiers and Marines now at Kabul’s airport to safely transport Americans and Afghan refugees from their hiding places to the tarmac.

“We don’t have the capability to go out and collect large numbers of people,” Defense Secretary Lloyd Austin said during a Pentagon news conference on Wednesday.

His comments came on the same day that CNN reporter Clarissa Ward revealed that the Taliban had formed a “gauntlet” within hearing distance of U.S. troops and were firing weapons in the air and attacking people trying to reach the airport.

Since the Taliban captured Kabul without any resistance on Sunday, panicked Afghans have streamed toward Hamid Karzai International Airport, their only lifeline to safety. Most Afghans have been unable to get a flight to another country.

A group of Afghans were so desperate to get out of Kabul that they tried clinging to a C-17 transport aircraft as it took off. At least two fell to their deaths.

The scene outside the airport remained desperate on Wednesday as a young Afghan woman pressed herself against a gate and pleaded with U.S. troops, “Help! Taliban is coming!”

Currently, the U.S. has 20 ground combat units in Kabul including Marine infantrymen, soldiers from the 82nd Airborne and 10th Mountain Divisions, and “a variety of special operations forces,” Army Gen. Mark Milley, chairman of the Joint Chiefs of Staff, said at Wednesday’s briefing.

Milley described the U.S. forces on the ground as “some of the best soldiers and Marines the world has ever seen.”

But Austin explained to reporters that the U.S. military is focused on defending Kabul’s airport as long as the evacuation lasts.

“We cannot afford to either not defend that airfield or not have an airfield that is secure where we have hundreds or thousands of civilians that can access the airfield at will and put our forces at risk,” Austin said.

When New York Times reporter Helene Cooper pressed Austin about the fact that people are not able to get into the airport to be evacuated, he reiterated that the U.S. government would try to “deconflict” with the Taliban.

“I don’t have the capability to go out and extend operations, currently, into Kabul,” Austin said. “And where do you take that? I mean, how far can you extend into Kabul and how long is it going to take to flow those forces in to be able to do that?”

“That would be a policy decision,” Milley replied. “If directed, we have capabilities to execute whatever we’re directed.”

So far, the Taliban have beaten and shot at Afghans fleeing for their lives, showing that their promises of safe passage to the airport have not amounted to much.

Austin acknowledged that he’s heard of “unfortunate incidents” of people being turned away at Taliban checkpoints, so the U.S. government has brought the matter up with the Taliban.

“We’ve gone back and tried to reinforce to the Taliban that if they have credentials, they need to be allowed through,” he said. “It’s working better than it was.”