SecDef: ‘We’re At War’ With The Islamic State 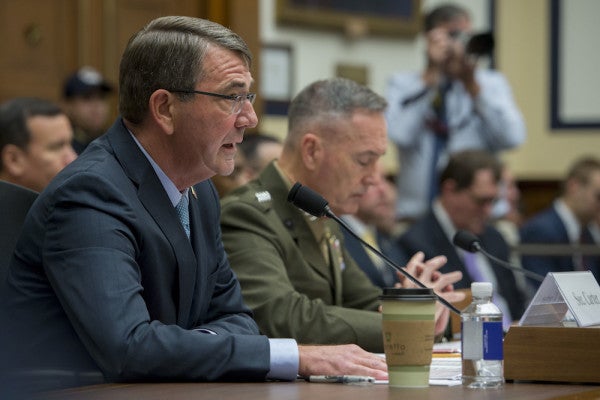 Defense Secretary Ash Carter told Congress on Dec. 1 that U.S. forces are increasing airstrikes, special operations raids, and intelligence gathering in an effort to intensify the campaign against the Islamic State.

“We're at war,” Carter testified. “Tens of thousands of U.S. personnel are operating in the broader Middle East region, and more are on the way.”

Though the U.S. military has been operating in the region for 16 months, President Obama has come under scrutiny for not adopting a more aggressive stance against the Islamic State in the wake of the Nov. 13 Paris attacks.

Obama and Carter, however, have pledged not to put U.S. boots on the ground, arguing that the Islamic State will only be dismantled if local fighters lead the effort.