After Army veteran Wade Baker’s decades-long struggle with post-traumatic stress came to a tragic end on Aug. 19 during a... 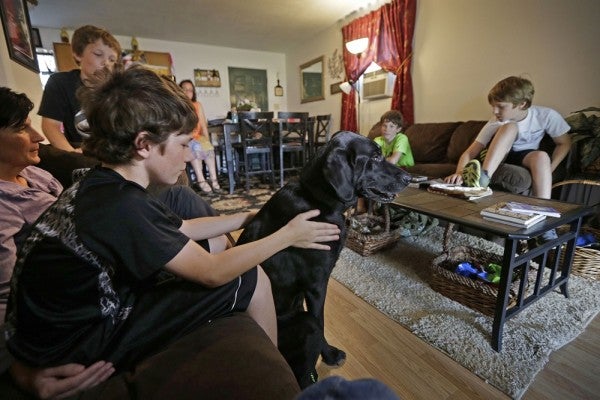 After Army veteran Wade Baker’s decades-long struggle with post-traumatic stress came to a tragic end on Aug. 19 during a deadly standoff with police, his service dog and best friend, Honor, continued his mission. Making his way to Baker’s casket during the Aug. 22 memorial service, the Black Labrador attempted to comfort his handler, as he often did during nightmares and moments of anxiety. When Honor was unable to do that, he curled up at the foot of the casket.

“It was almost as if Honor was saying 'this is my last watch,'” Susannah Smith, Baker’s wife’s cousin, wrote in an email to the Associated Press, “and stayed there to protect Wade.”

Honor, who has a meaningful connection to Baker’s children, continues to live with his family.