Ukraine is getting Strykers from the US. Here’s how it might use them

More help for Ukraine — but no tanks yet. 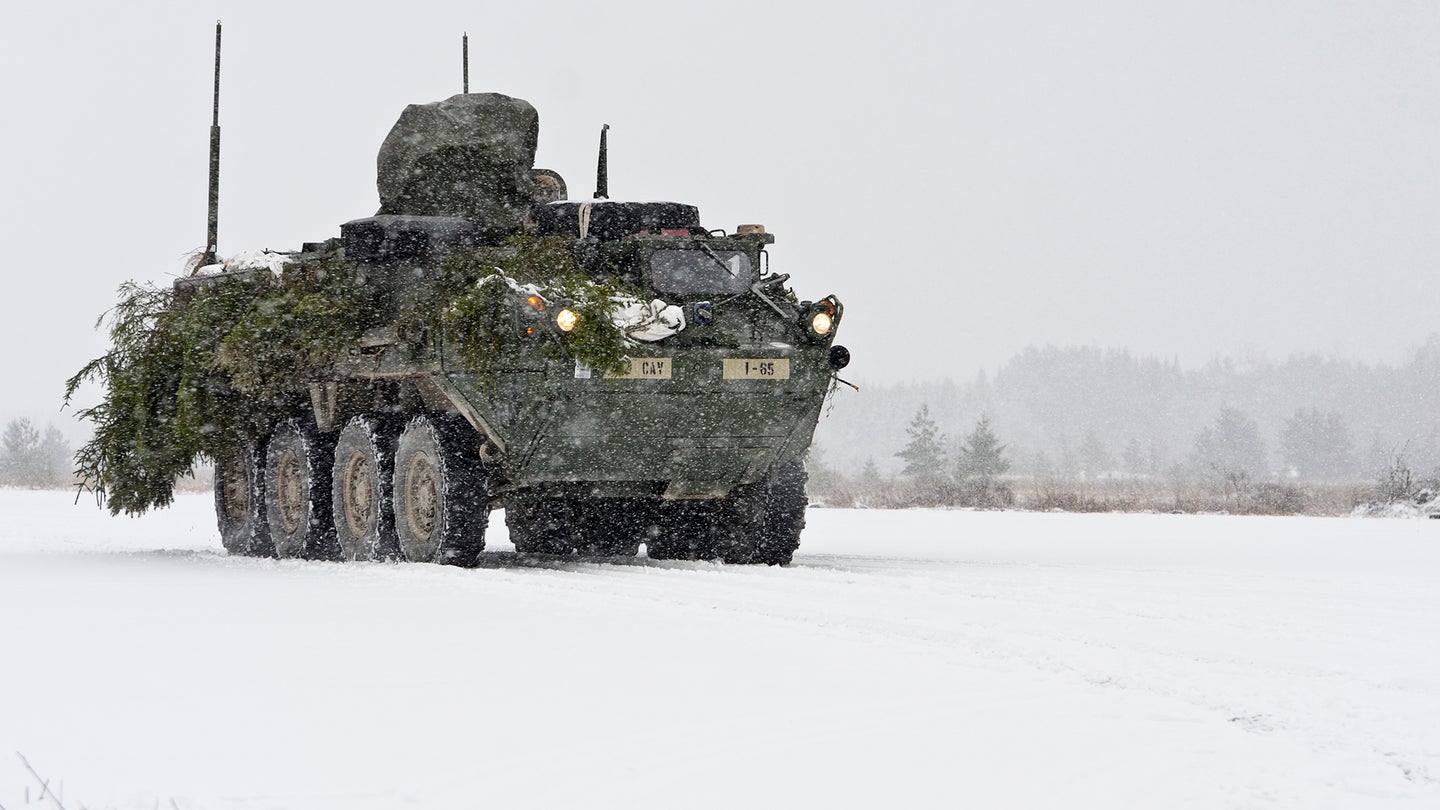 The 90 Stryker armored personnel carriers that Ukraine will receive from the United States in the coming months will allow Ukrainian forces to increasingly exploit openings in Russian lines as part of future offensives while adding to the challenge Ukraine faces as it tries to maintain its eclectic assortment of fighting vehicles, experts said.

The Strykers are part of the latest U.S. military assistance package to Ukraine, which  also includes another 59 Bradley Fighting Vehicles, 53 Mine Resistant Ambush Protected vehicles, and 350 Humvees, among other weapons and vehicles

First fielded in 2002, Strykers are eight-wheeled vehicles that can reach a top speed of 60 miles per hour, according to the Army. The vehicles have a crew of two – a driver and a commander – and can carry up to nine troops who are wearing body armor. Some variants include a remote weapons station for a .50 caliber machine gun or MK19 grenade launcher.

The Army has equipped 83 Strykers with 30mm cannons in recent years. In May 2021, the service discontinued the Stryker Mobile Gun Systems, which were armed with a 105mm gun due to problems with the cannon and automatic loader.

So far, the Defense Department has not released any information about what type of Strykers it is providing to Ukraine. It is not known what weapons the Strykers will feature or if the vehicles will have the so-called “Double V-Hull” designed to deflect blasts from underneath caused by mines and roadside bombs.

The Army introduced the Double V-Hull after the 5th Stryker Brigade, 2nd Infantry Division, deployed to Kandahar, Afghanistan in June 2009. At the time, the flat-bottomed Strykers were so vulnerable to roadside bombs that American soldiers called them “Kevlar Coffins.”

Ukrainian forces will use the Strykers to provide additional mobility to some of their assault brigades, a Ukrainian military official told Task & Purpose on Friday. The official spoke on condition of anonymity due to the sensitivity of the issue.

The official estimated that Ukrainian troops with experience diving armored personnel carriers would only need a couple of weeks of training on how to operate the Strykers because the vehicles are not very difficult to learn how to use.

Although Strykers are not heavily armored, the Ukrainian military has already used Toyotas and Humvees as part of assaults on Russian positions, Parfonov  told Task & Purpose.

Equipped with Strykers and other high mobility vehicles, Ukrainian airborne assault brigades could be tasked with punching through the front lines, either forcing Russian troops to retreat or surrounding Russian formations, Parfonov said on Friday.

In one such operation in September, Ukrainian forces retook 965 square miles of territory from the Russians, including the cities of Kupyansk and Izyum.

The Ukrainians want to assemble a force of tanks and other armored vehicles to give them enough muscle to conduct future offensives in other parts of the country where the Russians have established prepared defenses, said retired Marine Col. J.D. Williams, a defense policy researcher with the RAND Corporation.

Armored personnel carriers such as Strykers will give Ukrainian forces the ability to protect their troops as they attack Russian positions while also giving them firepower to damage Russian defenses, Williams told Task & Purpose.

The Strykers that Ukraine is receiving from the United States will also have better navigation and communication systems than the Soviet-era and Russian armored personnel carriers that they already have, Williams said

While Strykers are less protected than Bradley Fighting Vehicles, they are also faster and easier to maintain than other armored vehicles, he added. That means Bradleys are typically used for head-on assaults and Strykers are better suited to carry infantry troops through openings in enemy lines made by tanks and armored vehicles.

“They could be used for assault purposes – if you’re probing and you find weak places, weaker defenses,” Williams said. “But you don’t want to send them into the teeth of the heavier prepared positions. That’s where you’d want tanks and infantry fighting vehicles. They’re the ones used to conduct the penetrations and then the faster forces come through — the exploitation units, typically the armored personnel carriers.”

One major challenge the Ukrainians will face is that it will become increasingly difficult to maintain its diverse fleet of armored vehicles — including Strykers, Bradleys, French light AMX-10 RC armored combat vehicles, and German Marder infantry fighting vehicles — that it has acquired from several countries, Williams said.

“The parts are not interchangeable,” Williams said. “The way that you take care of them is not interchangeable. If they’re expecting to send them into the fight one time and lose them and not worry about that, that’s one thing. But if they want to keep these vehicles online and use them over time, then maintenance will be an issue.”

“Ukraine is not in a position to object about that,” he added. “They’re going to take what they can get and deal with the consequences from the logistics perspective.”