Winning a war takes more than strength of arms, it requires willpower to see the fight through to its conclusion,... 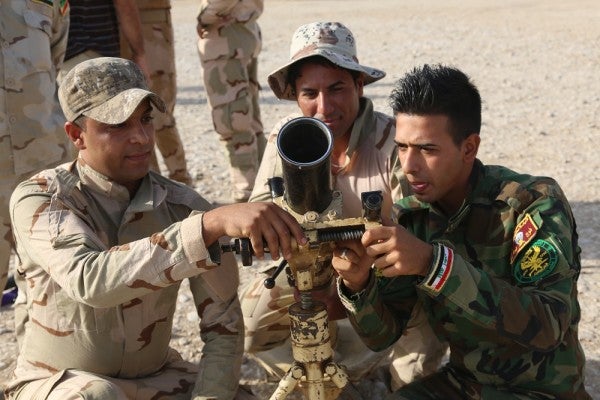 Winning a war takes more than strength of arms, it requires willpower to see the fight through to its conclusion, and that’s why America’s military strategy in Iraq and Afghanistan is failing, writes Time’s Mark Thompson.

The progress made by U.S. troops over the last 14 years of war is swiftly being lost, Thompson argues. In June 2014 the Islamic State swept through Mosul, Iraq’s second largest city, and in May of this year they did the same in Ramadi, the capital of Anbar province. In Afghanistan, the Taliban took the city of Kunduz on September 28, and Afghan security forces have been stalled in their efforts to retake the provincial capital from the Taliban.

“The answer is pretty straightforward: there are two basic building blocks of war: weapons and will,” Thompson writes. “The U.S. can spend billions arming and training friendly forces, but if they lack the will to fight, no arsenal is going to save them in the long run. Both Afghanistan and Iraq suffer from weak, U.S.-nurtured central governments, which has led to ill-trained and poorly performing troops.”