10 Questions Only A Veteran Would Ask Mat Best

To get out of the military and do anything is not easy. There’s an adjustment period — a time for... 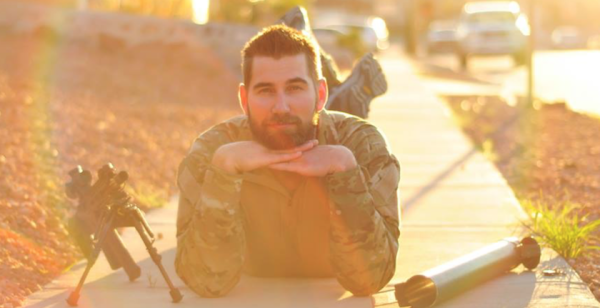 To get out of the military and do anything is not easy. There’s an adjustment period — a time for learning how to be a civilian again. Few employers beyond the realm of law enforcement would consider a mastery of Battle Drills one through eight a “valuable” skill set, and knife hands and showing up to work in a pair of Ranger panties typically don’t go over well at the office. But to get out of the military and build six successful companies, while also producing and starring in a hit independent film — that sort of success turns that entire narrative on its head. Mat Best, president of Article 15 Clothing, did just that, and fast. After five deployments with the Army, and a stint as a CIA contractor, the former Ranger rose to become one of the most influential post-9/11 veterans outside of politics. And he’s only 29. What’s his secret to success? That’s a question for another time. Right now, let’s just focus on the good stuff.

1. What's the dumbest thing you ever did as a private?

I’ve done a lot of dumb stuff, but once myself and five other privates moved a senior NCO’s car from the parking lot and blocked the 2nd Ranger Battalion gates. It was a little Honda, like a two-seater, and you got six Rangers who are all jacked up, so it was pretty easy. We picked up the front, scooted it; then we picked up the rear, scooted it. In the morning, when the first sergeant and the platoon sergeants all came in, this NCO’s car was blocking the entrance. So he got hemmed up. And then they smoked the fuck out of all of us until we were like, “Alright, we did it, let the other guys go.” We got smoked for probably another solid six hours before they let us go.

Oo, that’s a hard one. I drank the shit out of Rip Its. Let’s just go with Rip Its. And I’ll mix some Black Rifle Coffee in there to make my heart explode.

I’m going to call my friends, exactly how we did it in Range 15, and be unbelievably excited. And I’m going to start opening up all my cases of ammo that I’ve been saving for the apocalypse the past 10 years. Get the speedball bag, we’re going in!

You’re a pussy. We need some more red-blooded Americans who aren’t pussies to join the military.

Well, that’s just the greatest movie of all time. But I’m going to go with “Saving Private Ryan,” just because it’s such a beautiful film, and they’re Rangers, so I’m a little biased on that.

Man, veggie omelet! Just kidding. I’d have to go with beef stew. I loved that. You break up the crackers, throw that in there. And you put the Tabasco in there. Then you take the MRE shake and you don’t fill it all the way up with water, just a little bit, so it’s a paste, and you put that on some pound cake and have yourself a picnic. You don’t dilute it too much. If it’s too watery, it’s not good. If it’s like a frosting, it’s magical. It almost makes you feel like you’re not in the field.

I’d say, “Good job. You’re doing the right thing by not joining the Marines like your brothers. You’ll get lasers and night vision. War will be way easier.”

My first PT test, you get two chances to pass it. I had an NCO screw me over. I had to do 62 push ups, and he was like, “61, 61, 61…” And so I failed it. I had to go back the next day and take another PT test. Had I not passed that I would’ve gone to worldwide and not been in Ranger Regiment. That was probably the scariest moment in my career, because I don’t fail at things, and that was the first time that failure was almost an option. It was out of my control. It was pretty scary moment. But obviously I went back and crushed it the next day.

Probably my fifth deployment, to Iraq. All the guys who were team leaders and squad leaders were my best friends. Sharing that experience with all of them, and creating those friendships in those environments, was a once-in-a-lifetime thing. I’m still best friends with almost all of them.

To reload . But honestly, the one thing to remember in a firefight is to know that you’re better than the enemy. If you’re timid, that’s what gets people killed. Have faith in yourself and your training. It’s the same in a fistfight. If you go in timid and scared, you’ll probably get knocked out. But if you go in there full force and wanting to put that dude in the ground, you’re going to be good.