Only the hardest hitting questions for the Senior Enlisted Advisor to the Chairman. 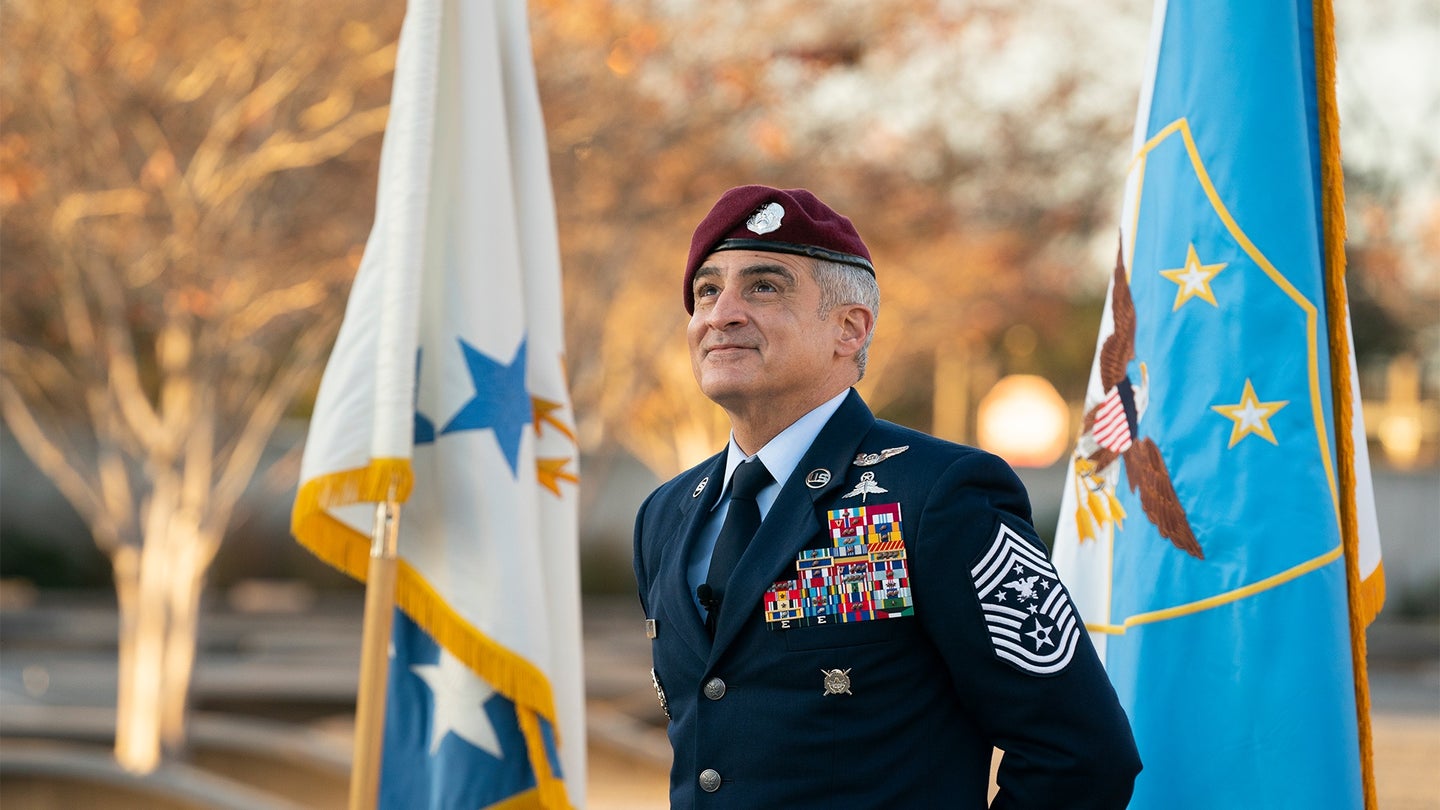 The Senior Enlisted Advisor to the Chairman (SEAC) Ramón “CZ” Colón-López, has a lot on his plate. He’s spent a long career as a pararescueman in the Air Force’s special operations community, and he currently serves as the most senior enlisted member in the armed forces advising Chairman of the Joint Chiefs Gen. Mark Milley — essentially advising the senior military leader on all matters related to the enlisted ranks.

He also happened to have a few minutes to answer some questions that only a veteran would ask while attending the 2022 Army-Navy game in Philadelphia, Pennsylvania.

What’s your favorite war movie and why?

Can’t argue with that one. After all, the movie was famously filmed sequentially to mimic the effect of casualties on the titular platoon. The cast was put through a sort of boot camp complete with a Marine veteran and technical advisor screwing with them. And, yes, the actors were stoned when the characters were supposed to be.

This one is a throwback. Hot dogs, or in their more clinical military designation “beef frankfurters,” were among the first “Meals Ready to Eat,” where their edibility – or lack thereof – earned them the nickname. It’s not the vegetable omelet, but anything with “death” in the nickname would give the average eater pause. Far be it from anyone to question Colón-López’s tastebuds, though, so here’s what you’re missing out on.

Zombie apocalypse happens, what’s the first thing you do?

Showing his tactical acumen, Colón-López immediately went to the trusty baseball bat. And he’s not wrong to: after all, firearms have to be cleaned, andammunition has to be acquired and stored to make them work — all of which  is a challenge in this theoretical zombie apocalypse.. A baseball bat, though, requires no upkeep – unless you want to imitate a certain The Walking Dead character and wrap some barbed wire around it – and can be carried anywhere. It doesn’t make that much noise, can smash just about anything, and, when worse comes to worse, you can still play some baseball with it.

He would know. Colón-López joined the Air Force in 1990, becoming an Air Force pararescueman in 1994. Soon after September 11, 2001, he deployed to Afghanistan, where he took part in numerous missions to kill or capture various high value targets, not to mention his numerous other deployments to Iraq and Afghanistan. In 2004, he was even part of the personal security detachment for then-Afghanistan President Hamid Karzai. During his career he has received the Bronze Star with Valor and the Air Force Combat Action medal.

Colón-López has had a long career in the Air Force. This summer, he took the step to use his high ranking position and acknowledge the importance of mental health in the ranks.

“PTS awareness is not a monthly celebration, but a daily task to ensure we are taking care of one another,” Colón-López wrote in a social media post about post-traumatic stress. “20 years in combat, unfortunate events, and life in general can throw many challenges at us. Remember, we have each other to rely on. Talk about it, seek help, and know that this teammate is here for you to navigate this minefield called PTS.”

Maybe all the younger service members are drinking Monster Energy or whatever the hell Bang is, but there will never be anything that will keep you awake and possibly destroy your stomach lining like Rip Its.