"Most see a smile on one’s face, but do not know the turmoil inside one’s head.” 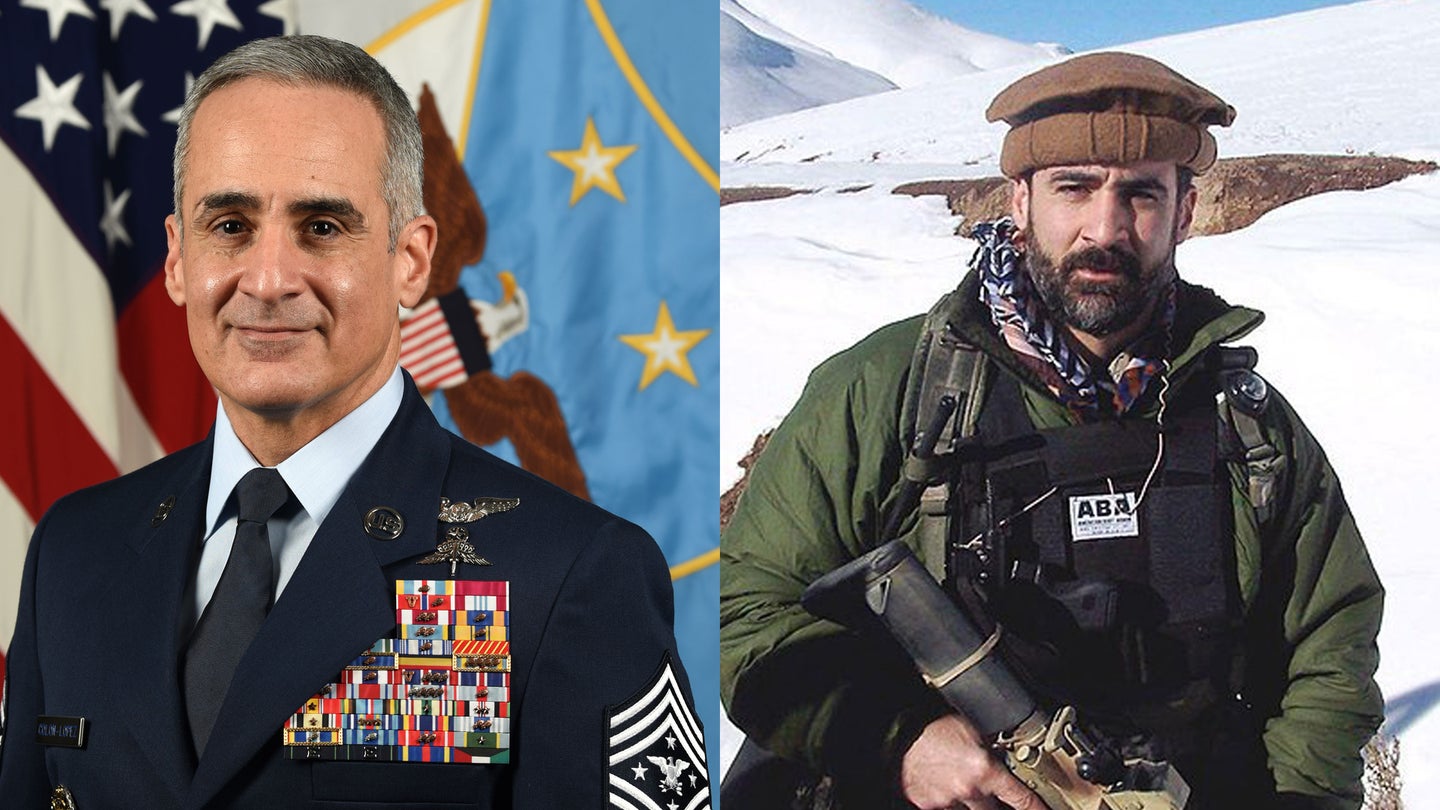 Senior Enlisted Advisor to the Chairman Ramón Colón-López, left, alongside a photo of himself from when he served as an Air Force pararescueman, right. Colón-López recently took to Facebook to implore service members to seek help related to mental health should they need it.
SHARE

On Monday, the most senior enlisted member of the military made a point to address mental health concerns in the military.

Colón-López has enjoyed a long career as pararescueman in the Air Force’s special operations community. He is also the most senior enlisted service member in the armed forces, representing all enlisted and non-commissioned officers when it comes to advising the Chairman of the Joint Chiefs of Staff Gen. Mark Milley, so what he chooses to highlight carries some weight.

“PTS awareness is not a monthly celebration, but a daily task to ensure we are taking care of one another,” Colón-López wrote in the post about post-traumatic stress. “20 years in combat, unfortunate events, and life in general can throw many challenges at us. Remember, we have each other to rely on. Talk about it, seek help, and know that this teammate is here for you to navigate this minefield called PTS.

His post is also part of a growing trend of senior military leaders choosing to be more open about post-traumatic stress and mental health.

In March, in the wake of a suicide in the ranks, Maj. Gen. Jo Clyborne, assistant adjutant general for the Minnesota National Guard and deputy commander of the Army’s Cyber Center of Excellence took to Twitter to encourage soldiers to lock and secure their personal firearms. In January, the four-star general in charge of the Air Force’s Air Mobility Command, took to social media to make the simple announcement that he was going to a mental health appointment.

“I’m only holding myself accountable to the same standards I expect from the amazing airmen and families that surround me,” Gen. Mike Minihan told Task & Purpose at the time. “Mental health is simply health. There can be no stigma in my headquarters, command, or family.

In 2020, Sgt. Maj. of the Army Michael Grinston made it clear that service members seeking mental health counseling shouldn’t be judged as weak or a problem to their unit.

That stigma, though, is still common. From 2015 to 2020, the suicide rate among active duty service members rose by 41%. In the spaces where service members congregate online, there are always countless threads from people confused or worried about how to address a mental health issue when it might become known to their chain of command. The problem is so rampant that service members have turned to popular social media pages and forums online in the tops that they can fill the gaps of the military’s mental health system.

Recently,  when Grinston took to one of the popular Army Reddit pages to ask soldiers what their concerns were —  openly addressing mental health concerns was one of the primary sources of feedback.

Leaders need to encourage soldiers to seek help “when things start to feel off, not just when they’re full-blown depressed or suicidal,” read one of the responses.

With the recent message from the military’s top enlisted leader,  it seems as if more and more of the military’s senior leaders are recognizing that after decades of war and deployments, it’s okay to talk openly about maintaining the military’s most important resource of all, which is the service members themselves.