Why a KC-135 Stratotanker fuel plane became a baseball mascot

A refueling plane mascot replaces a pro-recycling one. 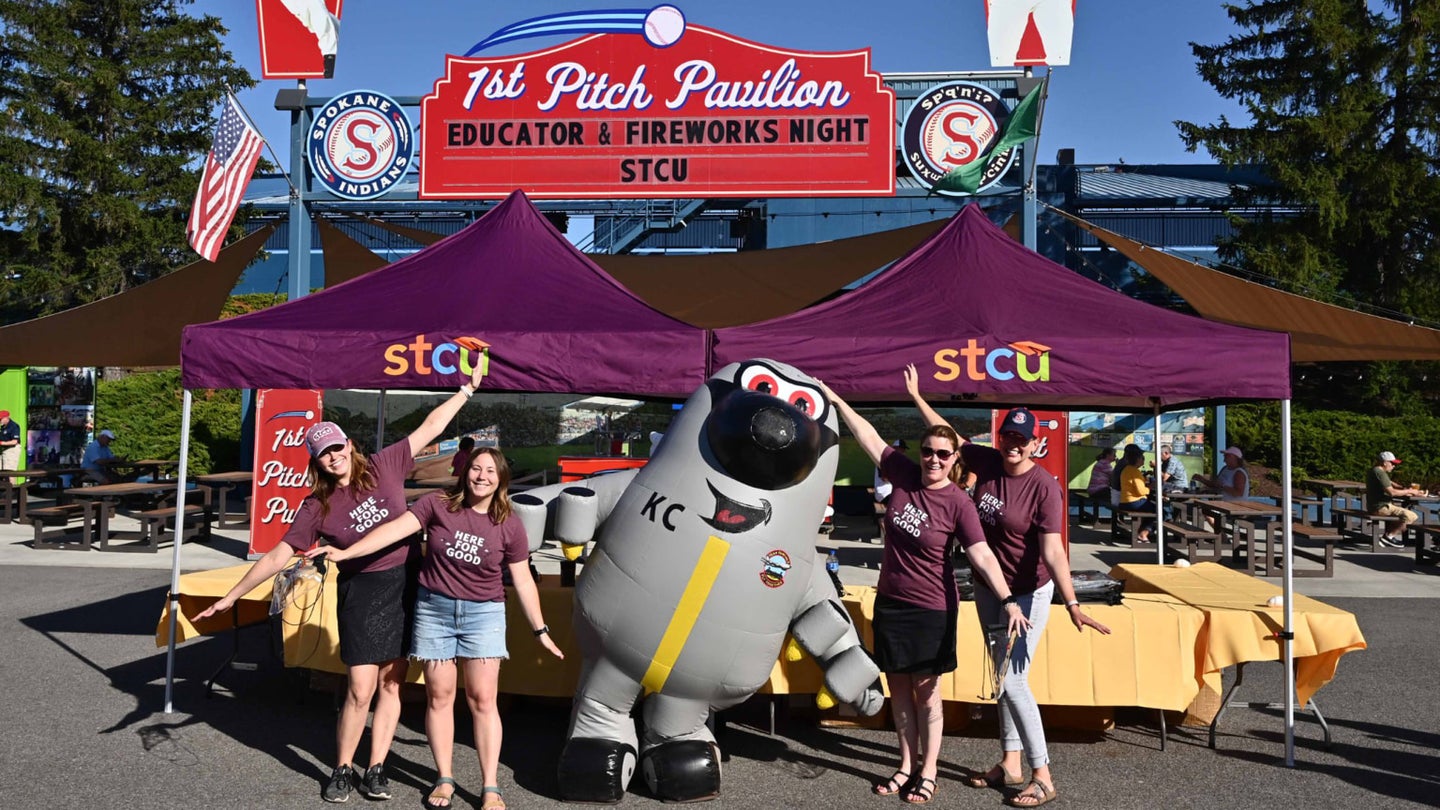 KC the Stratotanker at the debut game for the new mascot. (Spokane Indians).
SHARE

Move out of the way Mr. Met and the Phillie Phanatic, there’s a new iconic baseball mascot in the mix. The Spokane Indians, the minor league team playing out of the High-A Northwest League, unveiled their brand new mascot on Friday, July 22. Meet KC the Stratotanker.

The new mascot is a kind of anthropomorphic KC-135 Stratotanker, the massive plane that refuels other planes. The Stratotanker, the actual plane not the mascot, has been in service with the Air Force since 1957, making it only one of a handful of fixed-wing planes in operation for such a length. And as best as Task & Purpose can tell, the unveiling this week by the minor league baseball team marks the first time the plane has been made into a sports mascot.

As for the game, Spokane lost 7-2 to the Vancouver Canadians.

There is a reason for the new mascot being a flying fuel tanker. KC is part of the minor league team’s partnership with nearby Fairchild Air Force Base. The base, located roughly a dozen miles away from Spokane, is home to multiple Air Force units, including the 92nd Air Refueling Wing, which operates several KC-135s. The base and the team have a joint program called Operation Fly Together, which is focused around the Stratotanker, and even had members of the team go up in one of those refueling planes during training missions. Given Fairchild AFB’s large number of KC-135s, the base and team decided to build the program around the plane, and are jointly raising funds for veterans in the area.

On a mascot history note, KC replaces the team’s prior lead mascot Recycle Man. The environmentally focused superhero mascot is being retired on the field in part because the man who wore the suit is focusing on other work (but the image is still being used as part of team marketing). An eco-friendly mascot being replaced on the field by a refueling plane is a bit odd, but the team is highlighting the Air Force partnership, not the irony here. And, since KC is anthropomorphic, according to the baseball team, his favorite film is of course Top Gun. No word yet on his views on Top Gun: Maverick, or if when Spokane wins he will try to buzz the tower.

The debut of KC–again, the mascot, not the decades-old plane–does raise some ideas. What other piece of military hardware could make a good minor league sports mascot? A B-52? The littoral combat ship, which the Navy really wants to get rid of? An Osprey, surely. What do you think would be the best one? Let us know.