10 Questions Only A Veteran Would Ask Derek Weida

Everyone joins the military to get something out of it, but not everyone knows what that something is. We all... 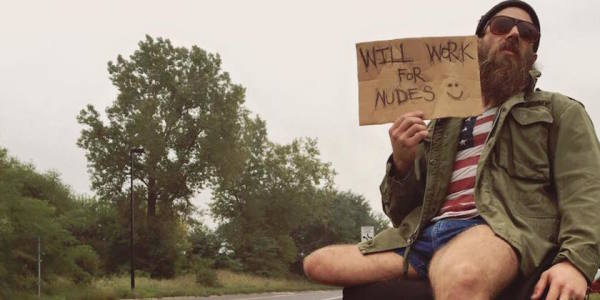 Everyone joins the military to get something out of it, but not everyone knows what that something is. We all know that guy who enlisted because he was bored and, like, played Call of Duty once. Derek Weida wasn’t that guy. When, at the age of 17, Weida joined the Army, he knew exactly what he wanted: to serve on the front lines as an infantryman. That was his dream. And over the course of three combat deployments with the 82nd Airborne, he lived it. Then, during a night raid in Baghdad in 2007, an insurgent’s bullet ripped through his knee.

In 2008, Weida was medically retired from the Army (against his will). And in 2011, doctors amputated his right leg. It was a combination of setbacks that nearly ruined Weida, but it didn’t. Instead, he bounced back with the same focus and go-for-broke spirit he had channeled on the battlefield as a soldier. Now, he’s the owner of a clothing line, a gym, a veterans nonprofit, and a Facebook account with a huge and loyal following. It’s an incredibly inspirational story, but that’s not what we’re here to discuss.

Without further ado, here are 10 questions only a veteran would ask Derek Weida.

Ok, the dumbest thing I ever did: You know how to make MRE bombs? You cut open the heaters, pour it into a coffee can, and then pour Tabasco sauce on it. So I poured seven heater packets into a big coffee can and then poured like a whole bottle of Tabasco in there, cut holes in the lid, and then rolled it into my platoon house over in Tal Afar. It just fucking gassed everybody out. It was hilarious. But the funniest part was that one of my squad leaders took me outside to smoke me, and so I’m out there breathing fresh air while I can hear everyone inside coughing. So I’m just laughing and making shit worse for myself. I must’ve been a PFC.

Neither. I overdose on pre-workout, so energy drinks have already been pretty lame to me. I go for the hard shit. Anything with a bigger kick. But I did drink my fair share of Rip Its overseas.

I would definitely secure something that was living to continue having sex with. That’s my first go-to. Before survival, I’m thinking about sex.

4. Finish this sentence: you shouldn’t join the military if …

You’re not ready to do horrible things. I think a big problem is, with veterans who are transitioning, they’re all hung up on these things they had to do, but they don’t understand that they joined the war machine. The military is a war machine, and no matter what your job is, you’re just a cog in the machine. You have to be prepared to see horrible things, to do horrible things, and be OK with it. Even if you’re going in as a radio technician, you better be prepared to see dead bodies. So don’t join the military if you’re not ready to be a cog in the war machine.

“We Were Soldiers.” That one’s emotional as fuck, man. It’s got cool fight scenes, but I think it’s got the best display of humanity and dealing with warfare in a poetic way. It’s a powerful movie. It fucks me up every time.

The pot roast with the jalapeno cheese sauce, crushed up crackers, and Tabasco. I would eat that every day for dinner if I still could. I rat-fucked MREs all of the time. That pot roast was better than anything I can cook.

When we were at COP Callahan in Iraq in ‘07, our building got hit by 11 rockets. They were direct hits. That kind of noise, and the dust, and all the people screaming, you don’t even know what’s going on. That was the time when I was like, “Oh, fuck, we’re all gonna die.” That was pretty scary. That will wake you up.

I got shot on a house raid and I was the team leader that night, so I was the first guy to go in and the first one down in the building. It still swells my heart with pride that my fucking team, my guys, they didn’t didn’t stop. They just walked right over me and shot their way in the house. And then they went out to do three more fucking house raids that night. That makes me proud, because as a leader you want to train your guys to handle war no matter what happens, and they did that.

Don’t be a bitch. In the infantry, that’s what we’re there for. Sometimes we’d get into a skirmish and some dudes would freeze up and not know what to do, and I’d look at them and say, “Do you want to remember you reacting this way at this moment for the rest of your life? Start fucking shooting back.”