9 questions with Sergeant Major of the Army Michael Grinston

The SMA weighs in on his favorite war film, his plans for a zombie apocalypse and shares his stance on Rip Its. 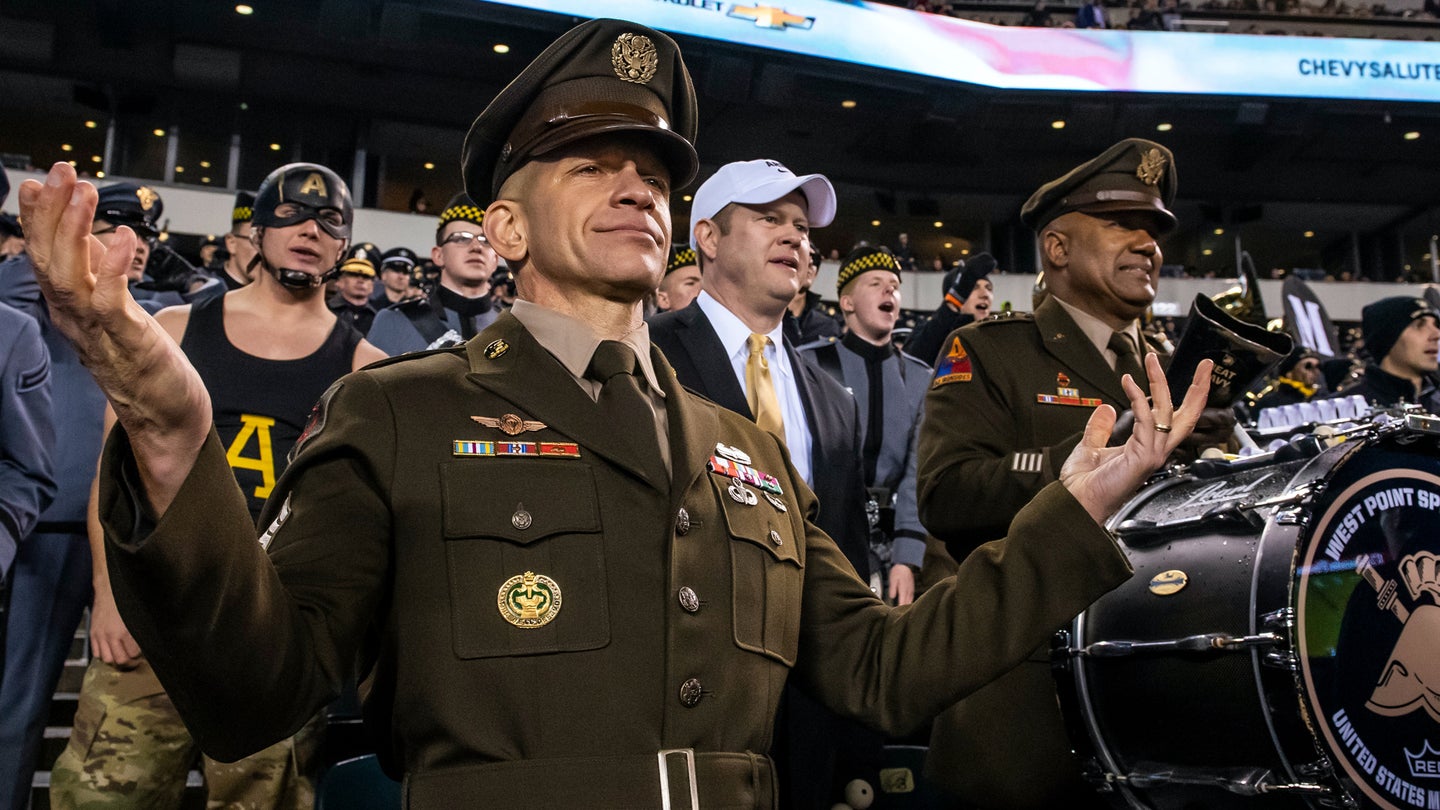 Sgt. Maj. of the Army Michael A. Grinston reacts to a Navy first down during the 120th edition of America’s Game between the Army’s Black Knights and Navy’s Midshipmen at Lincoln Financial Field in Philadelphia, Dec. 14, 2019. (U.S. Army Reserve/Master Sgt. Michel Sauret).
SHARE

Sgt. Maj. of the Army Michael A. Grinston is a busy man. As the top enlisted leader in the U.S. Army, he’s been addressing quality of life issues for soldiers and concerns about morale. He’s been making the rounds through the Army, inspecting moldy barracks, and working to fight sexual harassment, assault and suicide in the ranks. He meets monthly with command sergeants major, and has been telling them and others to stand up for their fellow soldiers.

He’s set to leave the role next year, when Command Sgt. Maj. Michael Weimer, part of Army Special Operations Command, takes over as the 17th Sergeant Major of the Army. Grinston is also a big football fan — he’s a fan of Alabama — and has been a fixture at the annual Army-Navy football game.

Task & Purpose caught up with Grinston ahead of this year’s Army-Navy game and put him through the ringer with a specific set of questions. The Sergeant Major of the Army was, as is his nature, succinct and direct.

Task & Purpose: What’s your favorite war film and why?

SMA Michael Grinston: We Were Soldiers Once and Young. Great movie, great leaders.

Ah…..gotta be really tired. Probably a maybe but trending no.

Kiss my wife and hug my kids.

What’s the dumbest thing you ever did as a junior soldier?

Finish this sentence: “You shouldn’t join the military if…”

If you’re not ready for a challenge.

If you could go back and talk to yourself at the recruiter’s office, what would you say?

Don’t do that mystery event I just told you about but it was really stupid as a young soldier.