The next Sgt. Maj. of the Army is a Green Beret with 4 valor awards and a Purple Heart 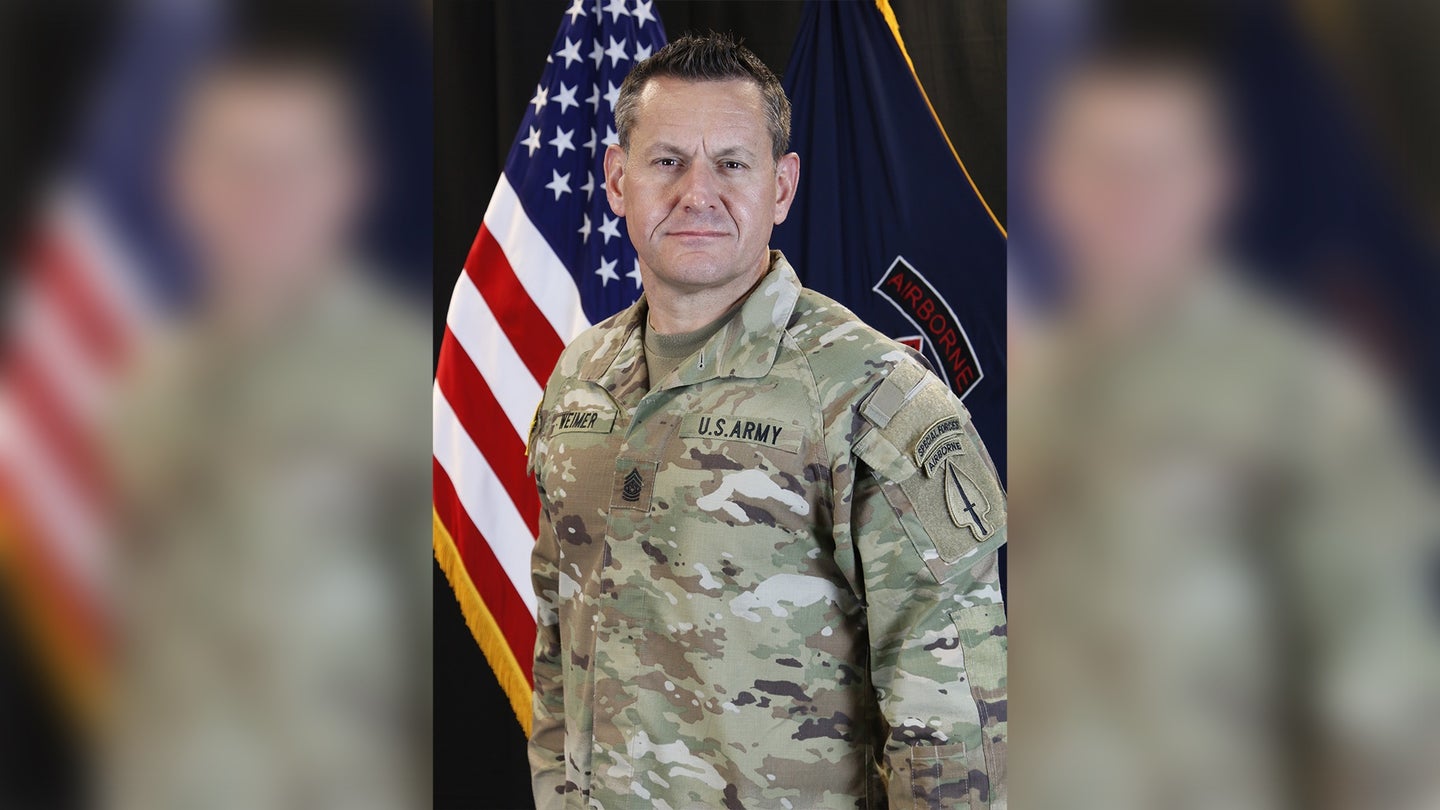 The Army has named its next top non-commissioned officer, a career Special Forces soldier with a Purple Heart and multiple valor awards.

Weimer currently serves as the senior non-commissioned officer with Army Special Operations Command. He assumed that role in August 2021.

The future SMA has a long career in special operations. He enlisted in the Army in 1993, completing the Special Forces Assessment and Selection course in 1994 and ultimately earning the Green Beret in 1996, after which he became a Special Forces weapons sergeant.

Weimer next served multiple tours with the 7th Special Forces Group, as well as with Army Special Operations Command, across the U.S. Central and Southern Command areas of responsibility, according to his official biography.

The details of Weimer’s valor awards were not immediately available.

Prior to assuming his role at Army Special Operations Command, Weimer served as the senior enlisted leader for U.S. Special Operations Central Command at MacDill Air Force Base in Florida, and as the top NCO with the Special Operations Joint Task Force-Afghanistan from 2019 to 2020. He is also a graduate of Norwich University with a Bachelor of Science degree in strategic studies and defense analysis.

On Friday, the current SMA offered Weimer his congratulations, describing him as a “phenomenal leader and advocate for our soldiers and families.”

The SMA is one of the Army’s most notable and visible positions, as both the senior enlisted advisor to the Army chief of staff and a public advocate for soldier welfare. Grinston, who assumed the role in 2019, was notable for his emphasis on a people-first culture in the Army and his “this is my squad” initiative.

During his time in the role, Grinston has led several policy changes, including an ongoing study of the Army’s height and weight standards, updated hair and grooming regulations, and an extended timeline for postpartum women to meet fitness standards.

Grinston has also been noted for his openness, both on social media and in interacting with other Army leaders.

“You hear it all the time: ‘Well, I don’t want to make sausage in front of the sergeant major of the Army.’ I want to make sausage. I want to hear ideas … because if the people with the money and authority that can help with policy don’t hear the ideas in the forum, then you may wait too long and it doesn’t get funded or it’s not a policy,” Grinston told Task & Purpose earlier this year.

Weimar is scheduled to succeed Grinston and assume the SMA position in August 2023.