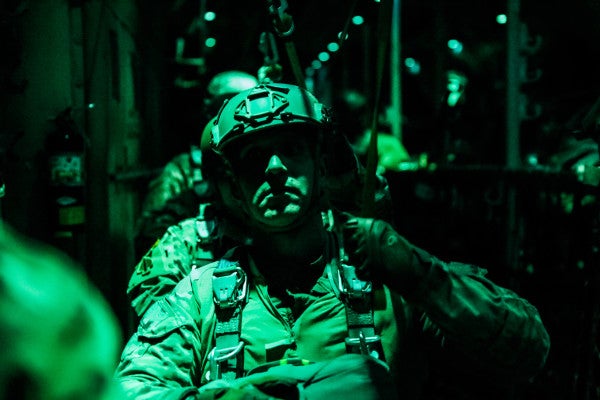 Just over a year after the U.S. Army’s Psychological Warfare Center officially activated its Special Operations Division in May 1952, the Green Berets received their first mission.

A handful of soldiers assigned to the newly minted 10th Special Forces Group (Airborne) were deployed to Bad Tolz, Germany, in September 1953 as part of a “stay-behind” operation to push back against growing Soviet control over Western Europe. The soldiers organized guerrilla resistance fighters along German border, destroyed enemy infrastructure, and generally scared the bejesus out of Russian forces — and they did it all without public recognition.

It would take six more years before the American public finally met the soon-to-be-fabled Green Berets in the oddest way possible: the 30-minute mini-documentary “Phantom Fighters.”

The film — produced by the Army Signal Corps and first broadcast on the Corps’ documentary program, “The Big Picture” — captures soldiers with the 10th SFG conducting field training exercises “in the vicinity” of Bad Tolz.

The Army video plainly states that the 10th SFG is ”trained to organize guerrilla resistance in enemy occupied territories,” but these soldiers do a little more than advising and assisting; in the 10th, a narrator explains, “a man’s hand is as deadly a weapon as a rifle or hand grenade.” And while the Army mini-doc may seem a tad too cheerful, it’s a nice reminder of the gritty, hazard-filled origins of the Green Berets as they become increasingly entwined in combat operations around the world.

Watch “Phantom Fighters” in its entirety below: