The tankers did not have the best luck in the biathlon. 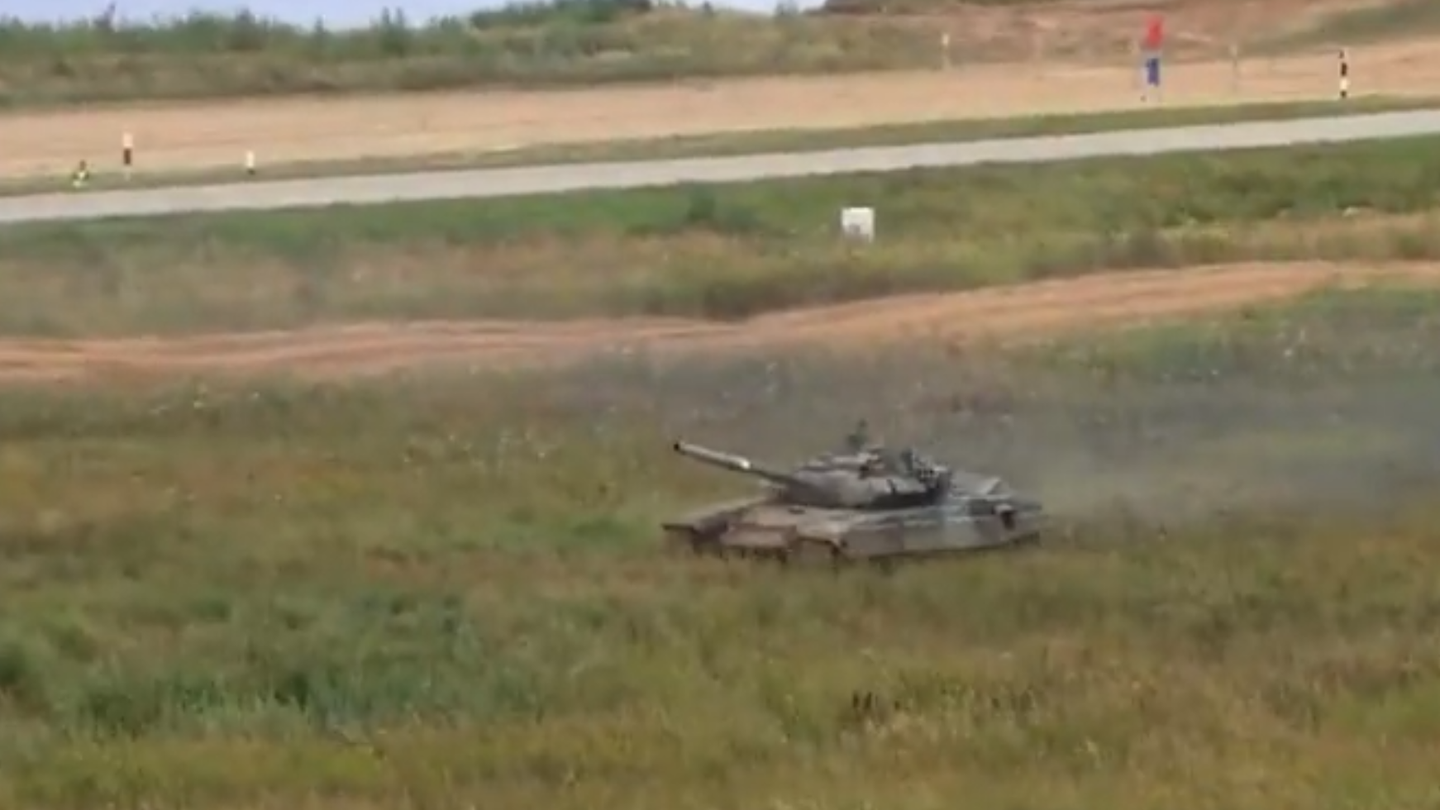 If you ever feel like you’re doing poorly at your job, or failed at a competition, just remind yourself: You’re not the crew of this Sudanese tank.

That clearly did not go as planned. The video could, and probably will eventually, be set to The Benny Hill Show theme “Yakety Sax.” Even worse, it was happening during a competition as part of the International Army Games, a kind of military Olympics organized annually by Russia. Events take place across participating nations — this year, due to the war in Ukraine, no NATO member state is even observing as in the past, but countries such as Mongolia, China, Uzbekistan, Venezuela and Iran are — and this tank biathlon was held just outside of Moscow. It featured obstacles for them to weave around, a water portion, straightaways and a few sharp turns. Teams operated their own tanks for loops around a winding track, with clearly mixed results.

“Just look at Sudan, he’s going right through the fields,” the bemused announcer noted in the video, later adding the crew was “still missing the road” as the tank veered back into the grass. Additional video shows the Sudanese tank just gunning it around the track, going for speed over agility as it barreled through rather than around obstacles. That speed made it overshoot a corner and plow into the field. Later the tank spun out and got stuck in the dirt. It eventually needed some Russian soldiers to guide it back after it got lost once again. And then for a final screw up, the tank got stuck in the tank trap.

Is Russia currently engaged in a prolonged and protracted war where it has suffered at least 70,000 casualties and lost roughly 1,000 tanks, at least? Sure. Is it struggling to fill its ranks with new contract soldiers due to dwindling reserves and a law that prevents it from sending conscripts abroad? Absolutely. But clearly Moscow thinks it’s time to show off its military skill in a friendly competition. The International Army Games is the latest war-related event Moscow is participating in this month despite the war in Ukraine. It held its Army 2022 arms fair as well, and showed off a Chinese-made robot dog in disguise as one of its own creations.

Sudan wasn’t the only competitor to go off-road at the biathlon. An Armenian crew decided to just cut across the grass as a shortcut then just ran over lane dividers in a straightaway.

But honestly, what tanker wouldn’t want to just gun it down a track?