The Army has an M1 Abrams tank named ‘Chewbacca,’ which feels right

"It's not wise to upset a Wookie." 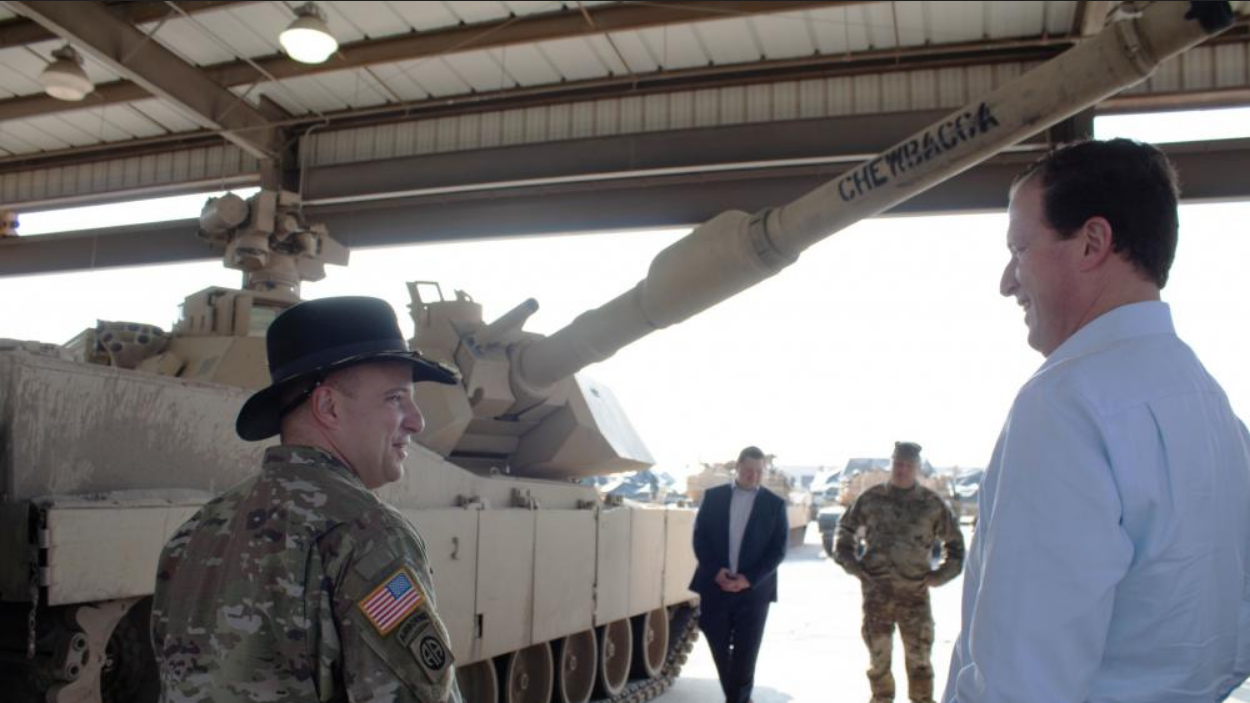 Do not tell the crew of the M1 Abrams tank “Chewbacca” to “laugh it up, fuzzball.” They’ve probably heard it already. Instead, let the Wookie win.

The existence of “Chewbacca” was revealed by Fort Hood, who showed off the tank in a photo from Congressional Rep. August Pfluger’s recent visit to the base last month. The tank is assigned to the 1st Cavalry Division, although it’s not clear to what unit; Lt. Col. Brad Henry, 2nd Battalion, 5th Cavalry Regiment, 1st Armored Brigade Combat Team showed Pfluger the M1 Abrams while on the tour. When asked for confirmation on the tank’s unit, Fort Hood simply directed Task & Purpose to its press release on Pfluger’s visit.

Tank crews love to name their tanks, putting the names on the barrels of the main guns, and they get creative. In recent years Task & Purpose has spotted a mix of some pretty great names —  “Crippling Depression” is up there along with “Bye, Felicia” — and some that veer into the offensive, such as “Daddy’s Belt.” “Chewbacca” isn’t the first Star Wars-related tank out there. In 2020 right after Baby Yoda from The Mandalorian took over pop culture, the Army shared an image of a tank from the 1st Infantry Division named for The Child.

But Chewbacca might top that. Not just because it’s a Star Wars reference, but the Wookie feels more fitting of a namesake for an M1 Abrams tank. After all, Chewbacca is a beloved fictional character. Trustworthy, loyal, a fuzzball and also big and strong enough to rip off limbs and tear through Imperial Stormtroopers. He saved the heroes of the films multiple times. And seriously who doesn’t love Chewbacca?

Pfluger visited Fort Hood and got to see “Chewbacca” up close on Dec. 9. Thanks to redistricting, Fort Hood becomes part of Pfluger’s 11th Congressional District on Tuesday, Jan. 3 (part of it will remain in the 31st District). He was also there to see the progress of new housing being constructed at the base; a day prior on Dec. 8 Congress passed a new National Defense Authorization Act which included $19 million toward that construction.

It’s a fair bet that its crew has made its share of Wookie noises — hopefully good enough to do Chewbacca justice — and as A New Hope said, it’s not wise to upset a Wookie. It’s not clear if there’s a “Solo” or “Lando” tank out there in the Army’s arsenal of armor.